OCSTA is deeply saddened by the passing of former OCSTA Board of Directors member, Betty-Ann Kealey, a trustee with the Ottawa Catholic School Board. Following is the news release issued… 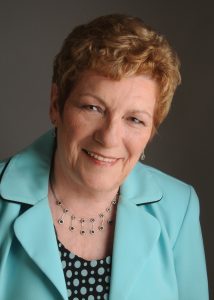 The Ottawa Catholic School Board (OCSB) is greatly saddened by the passing of Trustee Betty-Ann Kealey on Monday, April 17.

Trustee Kealey represented the Kitchissippi and Bay area (Zone 7), of which she was a long-time resident. She diligently represented the families in her community and was dedicated to being responsive to their needs.

“A person of knowledge, wisdom, with a great sense of humour, Trustee Betty-Ann Kealey was a dear friend and a mentor to many. She will be remembered with fondness by her friends and colleagues at the Board. Her dedication as a champion of Catholic Education makes her a role model for trustees everywhere.”

Trustee Kealey served for several years as a regional representative at the Ontario Catholic School Trustees’ Association (OCSTA). She was honoured with the OCSTA Trustee Award of Merit in 2013 for rendering exceptional service to Catholic education.

“Trustee Kealey possessed a wide range of knowledge on local and provincial education issues and was devoted to supporting the schools in her area, rarely missing a meeting or event. Warm and genuine, she will be missed by all.”

A tireless supporter of Catholic education, Trustee Kealey was elected to the Ottawa Roman Catholic Separate School Board from 1984 to 1994, as a trustee. She was Vice-Chairperson in 1990 and then served for three years as Chairperson.