The Toronto Catholic District School Board is pleased to announce this year’s top scholars from the 2012/2013 graduating class. The students’ averages are based on their top six subjects:… 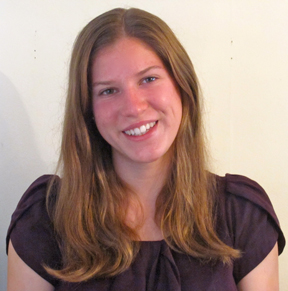 The Toronto Catholic District School Board is pleased to announce this year’s top scholars from the 2012/2013 graduating class. The students’ averages are based on their top six subjects:

Emma Buller (Bishop Allen Academy in Etobicoke): Emma earned 100 percent in Advanced Functions, Calculus and Vectors, Biology, Chemistry, English and French Immersion (Bishop Allen one of only two secondary schools in the Board to offer the Early Immersion French Program at the secondary level.)  As well as a top scholar, Emma belonged to the school’s Science Gurus Club, the Volleyball and Badminton Teams and organized a “Locks of Hope” initiative at the school to donate hair to kids with cancer.  She is registered to attend McMaster University to study Engineering.

Roberto Nanni (Bishop Allen Academy/St. Stephen Catholic Elementary School in Etobicoke):  following close behind Emma, Roberto earned an overall average of 99.83 percent.  He scored 100 percent in Calculus and Vectors, Advanced Functions, Psychology, Philosophy, Religion and 99 percent in Data Management.  He is heading to Western University to study Medical Science.  At Bishop Allen, he was Editor of the school newspaper and a member of the school’s Salesian Club which fosters Christian leadership and service.

“We are offering a world-class education in the largest, publicly-funded Catholic school Board in the world,” says TCDSB Chair, Ann Andrachuk.  “Their unique stories, leadership experiences, and impressive results demonstrate how a diverse student population is being prepared to compete on the global stage.”

“Our parents and staff are to be acknowledged for nurturing all of our students as they continue their journey as lifelong learners” says TCDSB Director Bruce Rodrigues.  “It is their ability to recognize and support our students in meeting our Catholic Graduate Expectations that is inspiring our students to transform the world through witness, faith, innovation and action.”

Top Student in the former City of Scarborough:  Matthew Halat (Neil McNeil High School/Immaculate Heart of Mary Catholic Elementary School).  Matthew, as with our other top scholars, has been active in his school community as a peer mentor, school bands and athletics. He is a member of the school’s Young Spiritans, who advocate for human rights and global causes. He has volunteered for  the TCDSB Angel Foundation for Learning,  and his parish, Holy Eucharist Ukrainian Catholic Church.  In September, he will be studying Engineering Science at the University of Toronto.

Top Student in former City of Toronto:  Sanziana Andreica (Marshall McLuhan Catholic Secondary School/St. Bonaventure Catholic Elementary School).  Sanziana is a natural leader both within her school as captain of the Varsity Field Hockey Team and beyond, earning her the prestigious Duke of Edinburgh Silver Medal. Sanziana has also completed her Grade 8 piano.

Top Student in the former City of York:  Claudia Silva (Archbishop Romero Catholic Secondary School). Claudia was the top student at Archbishop Romero C.S.S., earning an average of 93 percent. She speaks Portuguese fluently and earned a 95 percent in her Level 4 of the Portuguese language. She has enrolled in the Early Childhood Education program at Humber College for September.