TORONTO, May 2, 2016—The Ontario Catholic School Trustees’ Association (OCSTA) is pleased to announce that Patrick J. Daly, Chair of the Hamilton-Wentworth CDSB, has been elected President of OCSTA at… 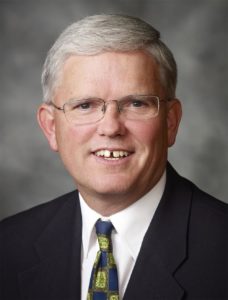 TORONTO, May 2, 2016—The Ontario Catholic School Trustees’ Association (OCSTA) is pleased to announce that Patrick J. Daly, Chair of the Hamilton-Wentworth CDSB, has been elected President of OCSTA at the Association’s 86th Annual General Meeting held on April 29, 2016. Mr. Daly  has extensive experience as a provincial education leader having served as a former president of the Association from 1996-1998.

“I am honoured and deeply appreciative of the confidence Catholic trustees have placed in me to represent and advocate, on their behalf, for the best interests of Catholic education in Ontario. I am committed to working with trustees, the government and all our education partners across the province to advance the priorities of Catholic school boards while continuing our Catholic education tradition of contributing to the vitality of Ontario’s education system,” said Patrick Daly.

“The role of Catholic school trustees in this province is vital not only because publicly elected trustees are responsible for providing effective governance, but because they provide a voice for parents and ratepayers in the stewardship of our publicly funded education system in Ontario. As OCSTA’s president I look forward to ensuring that the local perspective trustees are elected to represent helps to inform the work to be done by OCSTA at the provincial level,” explained Mr. Daly.

Serving with Mr. Daly on the OCSTA executive is Bruce-Grey CDSB Chair, Beverley Eckensweiler who was acclaimed to the position of OCSTA Vice-President, and OCSTA’s immediate past-president, Niagara CDSB trustee Kathy Burtnik. The following trustees were appointed to the OCSTA Board of Directors for the 2016-2018 term:

Dufferin-Peel CDSB trustee, Thomas Thomas was elected by the membership to represent OCSTA on the Board of Directors of the Canadian Catholic School Trustees’ Association.

The complete list of trustees on OCSTA’s Board of Directors can be viewed at: https://www.ocsta.on.ca/ocsta-board-of-directors/

The Ontario Catholic School Trustees’ Association is the provincial voice for publicly funded Catholic education.  Founded in 1930, OCSTA represents the interests of Catholic school boards that collectively educates approximately 550,000 in Ontario, from Junior Kindergarten to Grade 12.