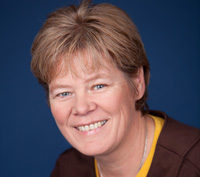 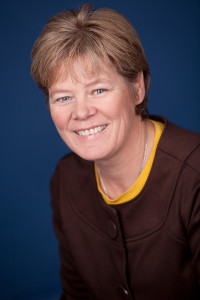 Toronto—April 28, 2014—Over 200 members of the Ontario Catholic School Trustees’ Association (OCSTA) gathered last week in Niagara Falls to acknowledge and honour the publicly elected men and women who dedicate their time and effort to addressing the needs of students and families in Catholic schools. Kathy Burtnik, chairperson for the Niagara Catholic District School Board, was acclaimed as president for the Association, and Bob Schreader, trustee for the Renfrew County Catholic District School Board, was elected vice president.

“Our Catholic school system is a strong pillar of Ontario’s diverse and successful public education system. That achievement reflects the hard work and commitment of our students, staff and trustees. I am honoured to have an opportunity at the provincial level to carry forward the good work of those who served before me in support of our schools province-wide,” said new OCSTA president, Kathy Burtnik.

Colleen Landers, OCSTA Director, Trustee with the Northeastern Catholic DSB and 2014 OCSTA Conference Chair, was acclaimed to the position of OCSTA representative for the board of directors for the Canadian Catholic School Trustees’ Association.

Each year the Association selects a trustee who has demonstrated outstanding commitment and service to Catholic education to receive the OCSTA Trustee Award of Merit. This year’s award was presented posthumously to John Grise, a well-respected trustee who emphasized social justice and Catholic social teachings throughout his life and especially during his tenure with the Simcoe Muskoka Catholic District School Board, which ended with his passing in 2010.

OCSTA also acknowledges the commitment and contribution of individuals other than trustees who have provided outstanding leadership and support to strengthen Catholic education in this province. This year this “Special Award” was presented to John Kostoff, Director of Education for Dufferin-Peel Catholic District School Board. An accomplished author and instructor at the University of Toronto, St. Paul University and York University, John continues to steer one of the largest, most diverse school boards in Canada through numerous successful initiatives and challenges that have only served to strengthen the board.

Many trustees dedicate a significant part of their lives to the service of their local schools and the goals of Catholic education in this province. To honour that contribution the Association awarded the following trustees with 25-year service awards: Marlene Borutski, Renfrew County Catholic DSB; Colleen Landers, Northeastern Catholic DSB; Kathy LeFort, Durham Catholic DSB; and Mary McKinnon, Brant Haldimand Norfolk DSB.