A publication of the Ontario Catholic School Trustees’ Association Promoting and Protecting Catholic Education Inside this Issue: [toc] Use of Copyright-Protected Works for Education On June 21, the Ministry of…

Use of Copyright-Protected Works for Education

On June 21, the Ministry of Education released Policy/Program Memorandum No. 157 which describes the roles and responsibilities of school boards regarding the educational use of copyright-protected works in compliance with the Copyright Act, including uses that are outside permitted provisions.

To view the memorandum please click on the following link:

Ministry of Education Memo re: Use of Copyright Protected Works for Education

NOTRE DAME, IN, May 23, 2013—Building on its groundbreaking studies into the citizenship outcomes of educational choice, Canadian think tank Cardus has partnered with the University of Notre Dame to establish a long-term education research initiative.

The Cardus-Notre Dame initiative will formally launch in July 2013, with a mandate to explore how parental choice of religious school influences long-term student, family and community life.

Ray Pennings, Cardus executive vice president, says the partnership is a result of the think tank’s survey work in both the United States and Canada on how graduates of religious schools engaged in civic life once they entered adulthood.

“Our surveys in 2011 (U.S.) and 2012 (Canada) were the first of their kind and provided a snapshot of what sort of citizens are being shaped by religious schools. The Cardus-Notre Dame Initiative is like turning the snapshot into a video of the long-term impact religious schooling is having,” Pennings says.

“This allows us to map the contribution various social institutions, including schools, make towards our shared life. It recognizes that belief systems play a vital role in how we act and think,” he adds.

University of Notre Dame sociologist Dr. David Sikkink, who will direct the research initiative and a staff of four researchers, said the primary goal is to provide the educational world with comprehensive, trustworthy data on the outcomes of religious schooling, and provide religious schools themselves with self-assessment tools. Cardus and the Notre Dame team will also host regular symposiums through the partnership.

“The Cardus Initiative will design and conduct data analysis that addresses the question of why religious schools matter for particular student and family outcomes,” Sikkink says. “By sorting out these mechanisms, the initiative will provide information to improve schools throughout the various religious school sectors and illuminate how these schools provide models for successful education.”

Cardus is a Canadian-based think-tank that has the renewal of North America’s social architecture as its mission. The research initiative coincides with a growing profile for Cardus in engaging public conversations regarding faith in public life. In early May, it hosted a high-profile lecture featuring Bank of Canada Governor Mark Carney speaking on renewing trust in the financial system. It has also expanded its Social Cities program studying the relationship between municipal governments and faith institutions.

For more information or to arrange interviews Ray Pennings and David Sikkink on the Cardus-Notre Dame initiative, please contact Julia Nethersole at 905-528-8866 ext. 29 or by email at jnethersole@cardus.ca. 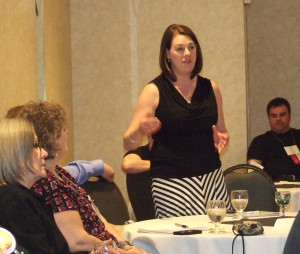 Each year OCSTA hosts a series of meetings for trustees in regions across the province.  The purpose of these meetings is to provide professional and faith development opportunities at the local level and to offer an opportunity for trustees to explore regional issues with their peers from across the region.

These regional sessions also offer an opportunity for OCSTA members to engage OCSTA’s President and staff in discussions about provincial issues and local priorities.

Please use the following information to reserve the dates now for the regional meeting in your area.

If you are unable to attend the meeting in your area you may register for a meeting in any of the other areas if more convenient.

OCSTA has published a new job posting submitted by The Peterborough Victoria Northumberland and Clarington Catholic District School Board.

A Student’s Reflection on Hope and Community 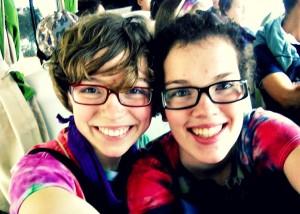 As trustees, CDSB staff and teachers, students, parents and other Catholic school system supporters plan ahead for summer vacation and a slightly different schedule, we thought we would share with the community this inspiring reflection from an Ontario Catholic school student.  Catherine Hannaford is a student from St. Mary’s Catholic Secondary School in the Hamilton-Wentworth CDSB.  Catherine participated in the school’s service outreach to the Dominican Republic and wrote the following reflection about her experience.

Community. I don’t think I fully understood the meaning of that word before my D.R.E.A.M.S. trip.

I had never seen a community so strong, and so founded in loving support before. In first-world Hamilton, people don’t live in a true community. The internet and cell phones have formed social barriers here.

You wouldn’t think of even conversing with a stranger. You live your own life, with your own friends and family, with the occasional distant intrusion.

The first night in the village, El Cercado, was one of those occasional distant intrusions. I would interact with strangers but my feelings were distant. This changed on the first building day.

I’d just finished a couple of satisfying hours of work on the building site and was heading to the washrooms with my friend Maddy, when one of the kids with her, ran straight up to me and jumped into my arms.

A child, whom I didn’t know, had thrown themselves at me, smiling without a care in the world. The action was so welcoming. The smile on the child’s face lit up my world. In that small, seemingly meaningless action, the little boy showed me the reason why we were there.

From that point on, the Dominican Republic was no longer a vacation of sorts, no longer a mission trip destination – it was home. Because as the old cliché goes; home is where the heart is. And my heart was in the hands of its people.

My new family of January 2 colleagues felt the same way; and together we helped build a brighter future for a family. We didn’t just bring them clothes and shoes and workers; we brought them hope.