“Ontario’s Catholic school boards are clearly focused on the best interests of students as they determine next steps following CUPE’s announcement today of their intention to engage in a full withdrawal of service on October 7, 2019.

Impacts will vary by board, depending in part, on which employee groups are represented by CUPE. Boards are reviewing their contingency plans with a particular emphasis on student safety as well as their ability to maintain programming. Parents are encouraged to check board websites and social media for the most up to date information.

At this time, we remain hopeful that a responsible collective agreement can be reached prior to a full withdrawal of services.”

OCSTA will continue to keep Catholic District School Boards informed via the Bargaining Update memos that are regularly sent to all Chairs (or their designated alternates) and Directors of Education.

School support staff will begin a work-to-rule campaign after weekend negotiations failed to reach a deal with the province and school boards.

News that talks had broken off between the Canadian Union of Public Employees, and the provincial government and trustee associations, came around Sunday dinnertime.

Education Minister Stephen Lecce said in a statement that “it is deeply disappointing that CUPE has decided to end talks this weekend, and proceed with a partial withdrawal of services, despite a limited number of outstanding items at the table.”

Both he and the trustees’ associations said the cost of absenteeism is a key issue.

Lecce said the province and boards “tabled a reasonable offer and expanded our offer through the negotiations with one interest in mind: landing a deal that keeps our kids in class. We have offered proposals to address compensation, job security and funding for additional staffing. A key issue that remains is resolving rising absenteeism rates, and the impact that has on students and schools.”

Despite the divide, Lecce said he is asking for more bargaining dates “to bring everyone back to the table so that we can ensure our kids remain in class. During this period of job action, student safety will remain the utmost priority — a position I know we all share.”

Negotiations with teacher unions are also set for this week.

Key issues for CUPE have been job security – its members have seen hundreds of job losses, or cutbacks to hours, as boards balanced their budgets for this school year – as well as benefits and wages.

The union has said the province was seeking too many “strips,” or concessions.

The Doug Ford government had previously announced it was capping public sector raises to 1 per cent a year.

The sides bargained for days last week and had returned to the table Saturday and Sunday, in the hopes of landing a deal before the planned job action. Their last work-to-rule was in 2015.

Boards sent out letters late last week to parents to reassure that schools remain open, but warning the job action will have an impact.

While caretakers will still clean classrooms and washrooms, they will no longer clean hallways, offices or gyms or schoolyards, or take part in school compost or recycling programs.

Office staff have been instructed not to operate door buzzers. The Peel board initially told parents it would leave front doors open because administrators may be overwhelmed with work during the job action, but has since changed its mind.

Peel has also warned that “given this job action, some things you normally expect as part of the school experience may be affected. Schools may need to postpone or cancel programs, activities and/or events.

“We understand that this provincial labour situation is causing uncertainty and frustration for students, staff and families. Student safety is a key priority and we do everything we can to minimize the impact of job action on students and families. We are closely monitoring negotiations and hope all parties can reach fair, mutually agreeable agreements as quickly as possible.”

On Sunday, the Ontario Catholic School Trustees’ Association said it is “disappointed” and that “during the negotiations we responded in a responsible way to many of the demands put forward by CUPE including on benefits, job security and a renewal of funding for additional staffing.”

However, “school boards are concerned about the impact that current levels of absenteeism in our schools have on our students and classrooms. The current sick/short term disability leave plan allows access to 131 days of leave – 11 of these are payable at 100 per cent of salary and 120 are payable at 90 per cent of salary. In many boards, resources are being diverted from students and programs to pay for sick/short term disability leave costs.”

The association said “on average, CUPE members take in excess of 15 days of sick/short term disability leave each year. We are seeking changes to this plan that we hope will reduce absenteeism levels. To date, CUPE has refused to agree to any changes to the plan.

The Ontario Public School Boards’ Association said “we are not proposing a reduction in the number of days (131) but only a modest alteration to the percentage of wages paid in the short-term disability leave when employees are absent from work. To date CUPE have refused to agree to any changes to the plan. We had hoped to avoid significant job action by CUPE. “

On Friday, the Toronto Catholic board told parents that “every effort will be made to ensure that all elementary and secondary schools, day care centres, before- and after-school programs and nutrition programs will continue to remain open as long as it is safe to do so.”

The Toronto public board said that during the job action, “principals and vice-principals will work together with staff to maintain a caring and positive school environment for students. As always, student safety and learning remain the top priorities of all TDSB staff. Our superintendents will be in daily contact with our schools during this time to assess any concerns that may arise.”

However, it warns that “as the partial withdrawal of services continues, it may have a more significant impact on school activities, permits and school operations.”

Cathy Abraham, president of the Ontario Public School Boards’ Association, said each board will be impacted differently by the job action.

“We would never leave students in an unsafe situation,” she said. “Schools will find ways to accommodate students coming into our schools.”

Laura Walton, president of CUPE’s Ontario School Board Council of Unions, said her members have been hit hard by cutbacks, leading to job losses but in many cases fewer hours that leaves kids — especially those this special needs — without the services they need.

CUPE workers last staged a work-to-rule in 2015, and students were quick to post videos and photos to social media about dirty hallways and even mice.

The York Region District School Board is cancelling all community use permits in schools during the job action, as caretakers are needed after-hours.

“We regret the disappointment and disruption this will cause in our communities and remain hopeful that a provincial agreement can be reached soon,” it said in a statement to parents.

CUPE workers recently voted 93 per cent in favour of a strike.

The job action comes amid the federal election period, with federal Conservatives concerned that any labour strife associated with Premier Doug Ford’s Progressive Conservatives could taint Andrew Scheer’s candidates in the Oct. 21 election. 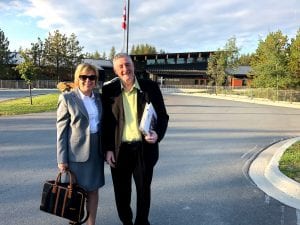 OCSTA’s Fall Regional Meetings conclude on October 4 with the North West Region Meeting in Thunder Bay.  Our sincere thanks to all trustees and directors of education who attended these meetings and shared their insights, questions and concerns on the current issues in education. A summary of key themes and findings arising from these meetings will be shared with boards.

TORONTO, September 29, 2019—We are disappointed that the mediation with CUPE has ended without a tentative agreement. Until now, the Council of Trustees’ Associations has not made public any information with respect to collective bargaining, despite the significant media coverage sought out by CUPE. But it is important that parents understand why no collective agreement has yet been reached.

We bargained in good faith over very many days with the hope of reaching an agreement that served the needs of students, CUPE staff and taxpayers. During the negotiations we responded in a responsible way to many of the demands put forward by CUPE including on benefits, job security and a renewal of funding for additional staffing.

We regret that CUPE will be taking job action which includes a partial withdrawal of important services and supports for students. Our boards will be monitoring the situation with a particular emphasis on the impact that the withdrawal may have on student safety and well-being. We recognize the valuable work that CUPE members perform for our Catholic schools and we remain committed to achieving a collective agreement that meets the needs of all involved.

OCSTA continues to keep all Catholic District School Boards informed on labour issues and developments as they occur via the Bargaining Update memos that are sent directly to Chairs (or their alternates) and Directors of Education.

Every October Children’s Aid Societies across the province raise awareness about the role that adults and communities play in supporting vulnerable children, youth, and families. On Ontario Dress Purple Day, we partner with boards of education, schools, and child care to speak up for every child and youth’s right to safety and well-being in all areas of their lives and to celebrate the community that cares for kids. The Ontario Dress Purple Day campaign provides a valuable opportunity for Children’s Aid Societies and boards of education to continue strengthening our relationships, a key recommendation in the inquests into the deaths of Jeffrey Baldwin and Katelynn Sampson. Last year, fifty boards of education and thousands of students in schools across the province participated in the day.

To support the Ontario Dress Purple Day campaign and its focus on the community that cares for kids, The Ontario Association of Children’s Aid Societies asks that boards of education encourage their schools to participate and their teachers and staff to use the online prevention classroom resources. Please share the campaign resources at http://www.oacas.org/dresspurpleday/ 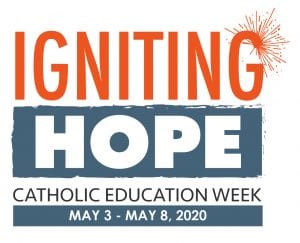 A reminder to all trustees that the Catholic Education Week fall resource that was sent to schools in August, is a rich compilation of prayers, music and reflections that can be used and shared throughout the year.