On June 5, 2019, the Ontario government introduced Bill 124, Protecting a Sustainable Public Service for Future Generations Act, 2019. The legislation proposes to cap public sector wage hikes to an average of 1% per year for the next three years.

Second Reading debate began October 28 and on October 31 Bill 124 passed Second Reading and was referred to the Standing Committee on General Government.The Committee met on November 4 for public hearings on the Bill and will meet again on Wednesday, November 6, 2019 for clause-by-clause consideration of the Bill.

By Stephen Andrews, Director of Legislative and Political Affairs

Funding for the capital related costs associated with new school construction is a key priority for OCSTA. School capital projects are funded by the province through a specific ministry approvals process and capital grants. Land acquisition costs are not funded through the same process. Boards that are undergoing residential growth in their jurisdictions and requiring new schools to be built rely largely on funds generated by Education Development Charges (or EDCs) for land acquisition.

The siting and development of schools is crucial to the long-term success of local communities. Throughout the province, Catholic schools serve as centres of faith formation, excellence in academic and co-curricular achievement and hubs for community use.

OCSTA recently commented on matters related to EDCs and the land acquisition in our submission on Bill 108: More Homes, More Choices Act, 2019. OCSTA continues to emphasize that current legislative amendments do not address the financial deficits boards now face in their EDC accounts as a result of regulatory changes made during 2018. In some cases, these deficits have imposed costly delays on key capital projects.

TORONTO, November 4, 2019—The Ontario Catholic School Trustees’ Association is pleased to announce the ratification of central terms for a new three-year collective agreement with CUPE and the Ontario School Board Council of Unions.

“The agreement reached reflects the committed efforts of all involved to ensure the well-being of students and the dedicated members of CUPE who serve in Catholic Schools throughout Ontario,” explained Patrick Daly, Past President and Labour Chair for OCSTA. 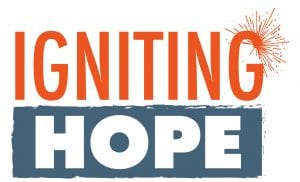 “Christ is alive! He is our hope, and in a wonderful way he brings youth to our world, and everything he touches becomes young, new, full of life”

We are a people of hope and that hope is rooted in the love of Jesus Christ. This year we invite Catholic school students to create 2-minute videos to help communities across Ontario to see and experience how that hope is brought to life in Catholic schools.

The contest is open to all students in grades 4 – 12 at Ontario’s publicly funded Catholic schools.

Students are invited to prepare a 2-minute video that shows how Catholic schools are places where young people encounter the Holy Spirit and ignite hope through the love of Christ.

The video should be uploaded to YouTube where it can be viewed and evaluated for the contest. The unique URL (web address) created by YouTube when a video file is uploaded is to be recorded on the OCSTA short-video contest submission form.

First, second and third place prizes will be awarded at both the Elementary and Secondary panels. The winners will be announced in January.

We thank the students, teachers and trustees of all CDSBs for their support of this contest which celebrates the achievements of publicly funded Catholic education in Ontario. 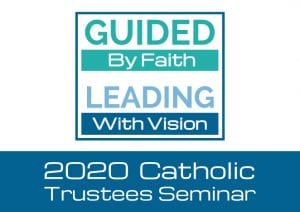 The Together in Faith newsletter providing updates and resources for Catholic education supporters in Ontario was just sent to all subscribers. If you didn’t receive this newsletter, please subscribe now.