Together in Faith Contest Winner! 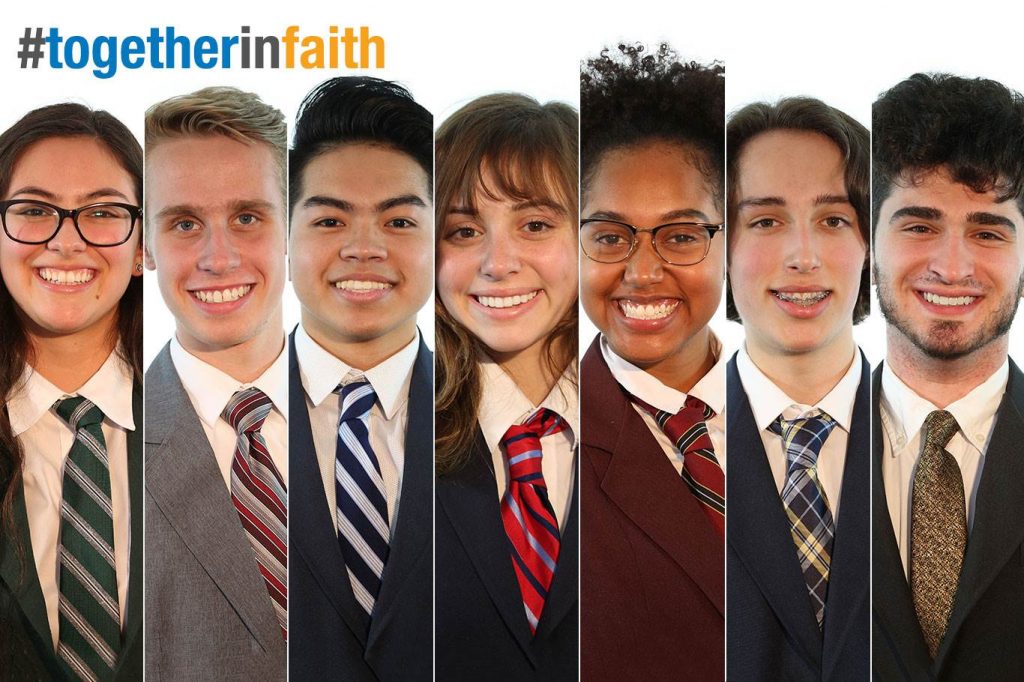 Campaign artwork (and video) developed by the Hamilton-Wentworth Catholic DSB to support their efforts to win the #TogetherInFaith Sign-Up Day Contest. It worked!

On November 6, student leaders at Catholic schools across Ontario participated in a contest to recruit the highest number of campaign subscribers for the #TogetherInFaith campaign celebrating publicly funded Catholic education in Ontario. The contest was launched by student trustee and OSTA-AECO Catholic Board Council President Ben Smith and OCSTA President Patrick Daly in a letter that was sent in September to student council presidents at Catholic schools across the province.

The result was outstanding with over 4,200 new subscribers signing on during the contest period. We are pleased to acknowledge and thank every participant in this contest for their efforts as each of you helped to support this initiative for Catholic education in Ontario.

It is our great honour to announce the winner:

A special note of appreciation goes to the students and staff at the Hamilton-Wentworth Catholic DSB as they helped to recruit over 1700 of the more than 420o new subscribers who joined the campaign during the November 6 Sign-Up event. We invite you to view the board’s inspiring video for this contest.

The Together in Faith Campaign is an OCSTA initiative produced in partnership with the Ontario English Catholic Teachers’ Association and the Assembly of Catholic Bishops of Ontario.  To learn more about the campaign and to add your name please visit: www.togetherinfaith.ca. Share the good news about Catholic education by following the campaign on Twitter (www.twitter.com/CatholicEdu) and on Facebook (www.facebook.com/CatholicEducationInOntario). Thank you!

Renewing the Promise at the 2017 ICE Symposium 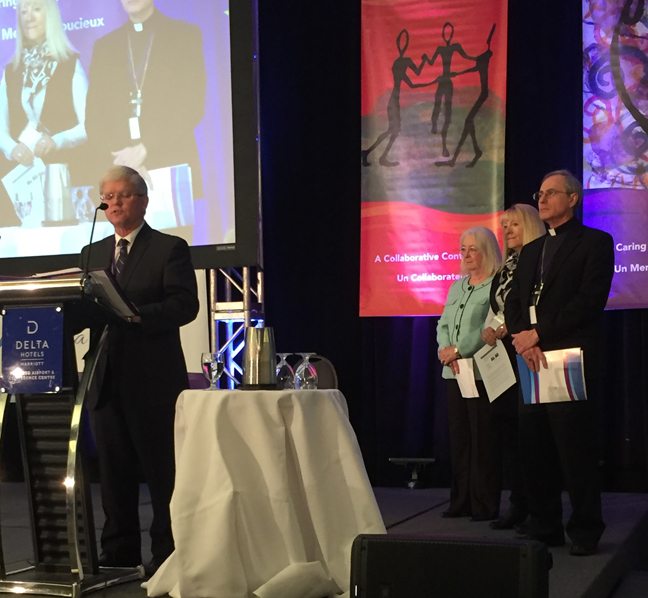 OCSTA President, Patrick Daly speaks at the ICE Symposium regarding the work of FACE and the Together in Faith campaign. Other remarks were delivered by FACE partners His Excellency, Bishop Ronald Fabbro (ACBO), Ann Hawkins (OECTA) and Carole Allen (FACE Manager).

The purpose of the Symposium is best described in the statements issued by the Institute for Catholic Education (ICE) and the Office provincial de education de la foi catholique en Ontario (OPÉCO):

…Through honest dialogue and discussion, the symposium will provide the opportunity to come together in conversation, gathering the community to name and understand the challenges presented by an increasingly complex and secular society today, and to indentify and build consensus around the opportunities that will shape our future.  While the mission and vision for Catholic education have not changed, our context has changed profoundly.  This conversation, exploring the theme, “Renewing the Promise”, will help us to better understand the ways in which Catholic schools serve and support the mission of the church, encouraging students to become leaven within society as a service to others, and nurturing the ability to be full partners in the innately human quest for greater justice and truer community.

…The Bishops of Ontario, as both participants and observers to the Symposium, have expressed their intention to develop a new pastoral letter, Renewing the Promise, which will reflect on the challenges and opportunities that accompany this moment in time in Catholic education in Ontario.

Prior to the Symposium participants were asked to answer a number of questions designed to surface perspectives on the defining elements of Catholic education, current challenges and opportunities and the aspirations of the community for the future of Catholic education in Ontario.

Those insights were shared again at the Symposium for the purposes of a broader discussion and to help to find those key themes and issues that might help to define Catholic education within the context of our current times while at the same time illuminating the way forward.

Other key highlights during the Symposium: 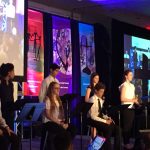 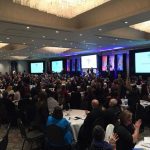 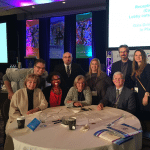 The theme of this year’s Seminar is “Advancing the Catholic Education Agenda” and the program includes topics and presentations designed to support Catholic trustees in their efforts to advance at the local level the priorities and goals of publicly funded Catholic education today.