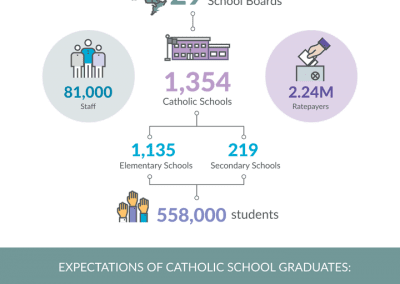 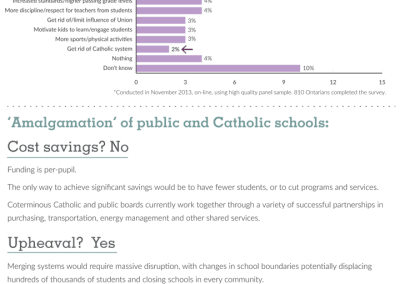 As part of OCSTA’s efforts to provide information to members that can support effective local communications about Catholic education in Ontario, OCSTA is pleased to share the Catholic Schools infographic.

This document is that can be downloaded, printed and shared with parent councils, parishes, students, teachers and anyone interested in an easy to review document highlighting the facts about Catholic education.

This document was created in partnership with OECTA and the Assembly of Catholic Bishops (our FACE partners).

The format of the consultation for members of the public will include telephone town hall meetings and an on-line questionnaire. In addition, submissions will be accepted by email. Once the information is gathered from these consultations and submissions, an advisory panel of educators, autism experts, parents and adults with autism will review the submissions and make recommendations to the Minister of Children, Community and Social Services on a new, needs based assessment process to support children and youth with autism.

The deadline for submissions is May 31, 2019. For further information visit the following URL:  www.children.gov.on.ca/htdocs/English/specialneeds/autism/consultations.aspx.

Hamilton-Wentworth CDSB Raises over $29K for Toonies for Tuition

As a result of the dedicated efforts of the Hamilton-Wentworth CDSB’s Catholic Presidents’ Council, students and staff,  more than $29,000 was raised for the Canadian Catholic School Trustees’ Association’s Toonies for Tuition campaign. The campaign helps to raise funds for students seeking to attend a Catholic school in provinces where there is no public funding for Catholic education. 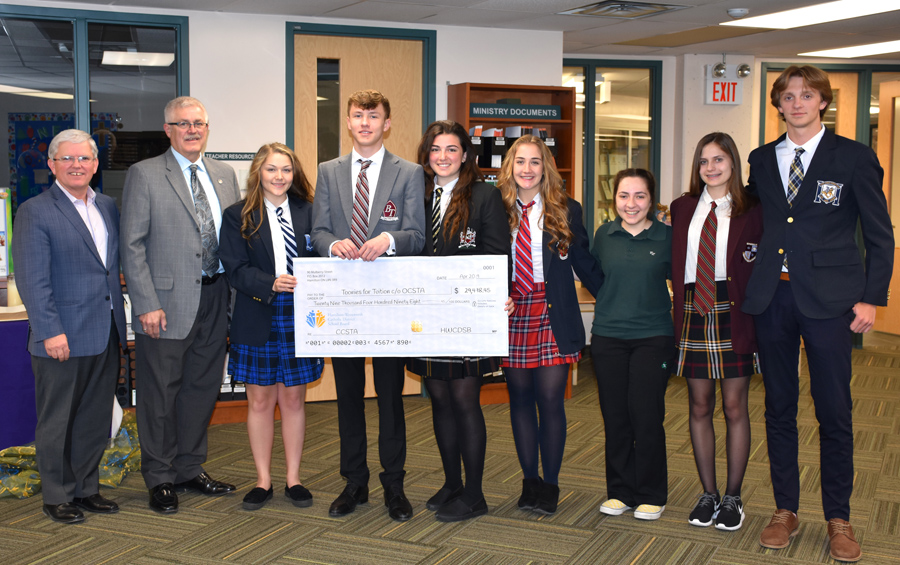 OCSTA celebrated a successful 89th Anniversary at the recent Annual General Meeting and Conference in Toronto (April 25 – 27).  Our sincere thanks and appreciation are extended to our co-host board, the Dufferin-Peel Catholic District School Board and in particular students, trustees and staff for their dedication in the development and presentation of liturgies, workshops and the very successful Silent Auction fundraiser for the  CCSTA Toonies for Tuition campaign.

We’re pleased to acknowledge the following participating individuals and schools from the Dufferin-Peel CDSB:

Due to unforseen circumstances the Corpus Christi Catholic Elementary Choir was unable to perform at the OCSTA “Faith in Action” Conference as planned, however, following is a link to a recording of the students performing the official Catholic Education Week song for 2019 (click on image below to be taken to the page where the  video can be played): 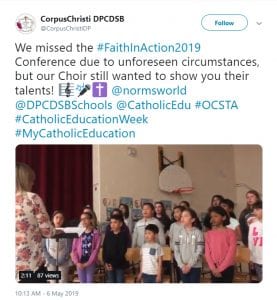 OCSTA was pleased to award the 2019 Trustee Award of Merit to: 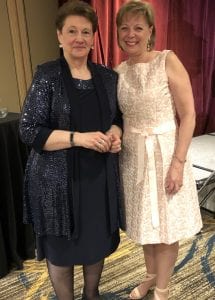 The 2019 Student Trustee Alumni award was presented to Dr. Trevor Arnason – former student trustee with the Ottawa Catholic School Board.

Trevor is a public health and family physician who recently returned to Ottawa from Nova Scotia, where he was Medical Officer of Health for Halifax and part-time physician at Dalhousie Student Health Services. He is currently Associate Medical Officer of Health at Ottawa Public Health where he works with his team to protect the health of the community and decrease health inequities.