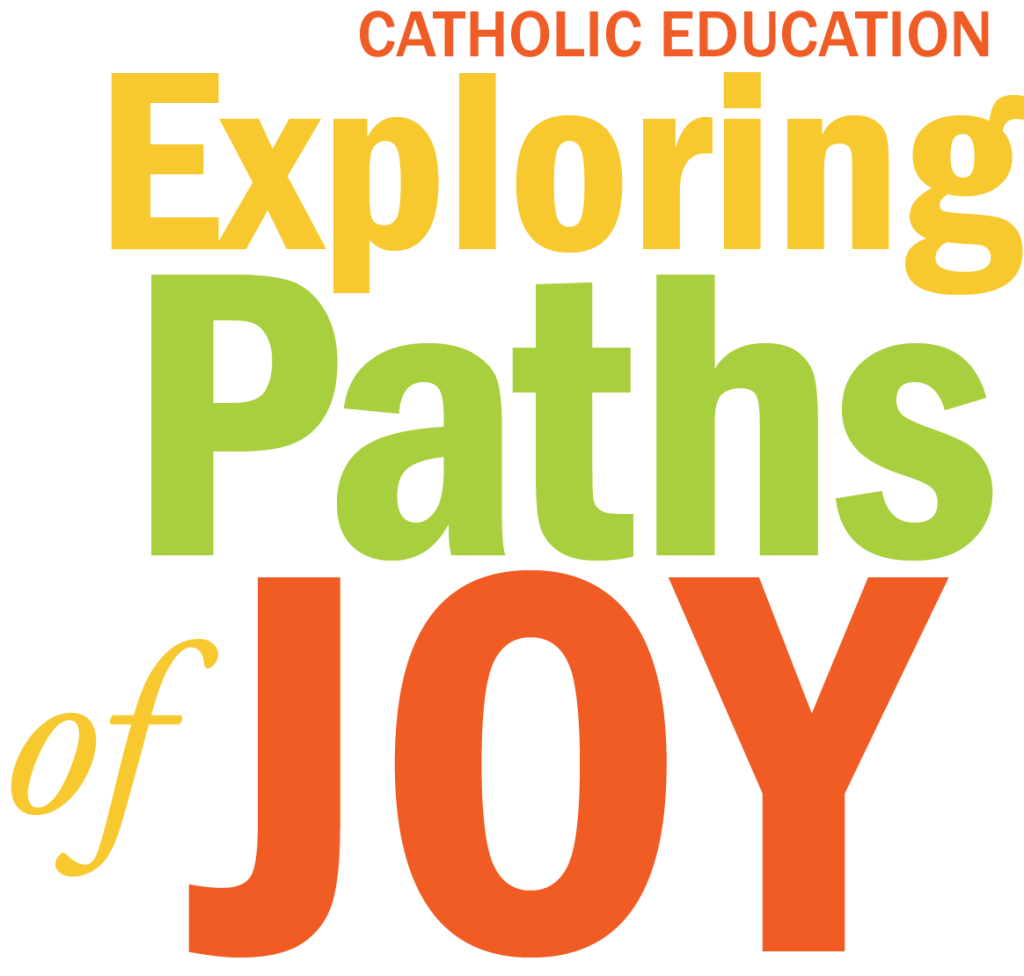 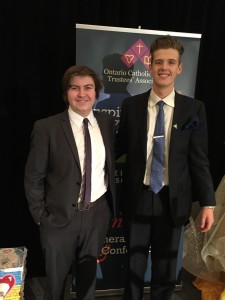 Once again, following a tradition created by the 2013-14 Catholic Student Trustee leadership team,  boards were invited to celebrate the Catholic Education Week Mass on May 7th as part of a province-wide celebration of our faith and unity as a system. In addition to the celebration of Mass, this year’s student trustee leadership team, led by Catholic Board Council President, Joe McLeod and Vice President, Quinn Scarlett, developed  another original element for Catholic Education Week–the first ever Ontario Catholic Student Youth Day (OCSYD), which also took place on May 7th.

As was done last year, student leaders wrote a formal letter to Pope Francis requesting the Holy Father’s words of encouragement for this year’s Mass and launch of OCSYD.

The following message was received with great appreciation and shared with all boards:

“His Holiness Pope Francis sends cordial greetings to the Catholic community in Ontario as families, schools and parishes celebrate Catholic Education Week, and reflect on the theme this year of “Exploring New Paths of Joy.”  His Holiness prays that, united with their Bishops, all involved in the formation and education of youth in Catholic schools will deepen their faith in Christ, who prayed that his joy might be in them and that their joy might be full (cf. Jn 15:11).  The lasting freedom and joy which faith in Jesus Christ brings becomes the foundation for life of each Christian who meditates on the word of God, celebrates the sacraments – particularly Sunday Mass and regular confession – and who strives to serve others, especially those who suffer from loneliness, ostracism, illness or poverty.  Commending all the bishops, priests, parents, teachers, students and staff of the Catholic school system in Ontario to the intercession of Mary, Seat of Divine Wisdom, the Holy Father willingly imparts his Apostolic Blessing as a pledge of full and lasting joy in Christ Jesus our Lord.”

Catholic Education Week Highlights from Across the Province: 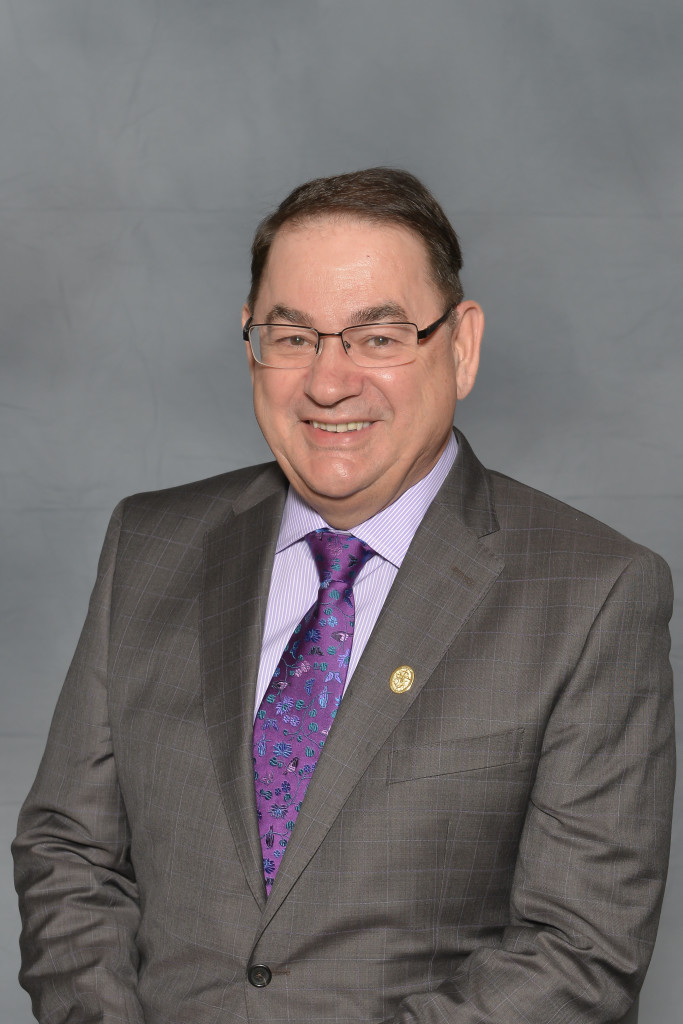 OCSTA is pleased to announce that the Association’s Executive Director, Kevin Kobus, was recently presented with the Catholic Principals’ Council of Ontario’s Fr. John Redmond Memorial Award. This award annually recognizes extraordinary service in Catholic education at the provincial level.

During his career, Kevin was also appointed to various roles at the Ministry of Education, including Assistant Deputy Minister,  Business and Finance Division, Elementary and Secondary Schools. 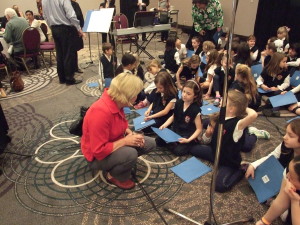 OCSTA celebrated a successful 85th Anniversary at the recent Annual General Meeting and Conference in Toronto (April 30 – May 2).  Our sincere thanks and appreciation are extended to our co-host board, the Toronto Catholic District School Board, for providing poignant and beautiful liturgies and presentations by students, staff and trustees throughout this year’s event.

We’re pleased to acknowledge the following participating individuals and schools from the Toronto CDSB:

Staff and Students from:

OCSTA was pleased to award the 2015 Trustee Award of Merit posthumously to Wilf Garrah of the Algonquin and Lakeshore CDSB, who sadly passed away in 2013, but was recognized and celebrated at this year’s gathering for his long-standing commitment to Catholic education in Ontario. Accepting this award was Wilf’s wife Judy and his son Ryan. 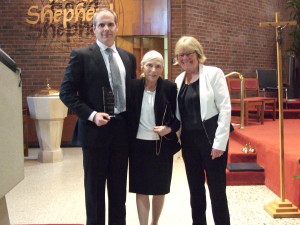 The Association was also pleased to recognize the support, insight and faith-filled leadership demonstrated over 40 years by OCSTA Chaplain and veteran educator, Fr. Patrick Fitzpatrick. Fr. Pat was presented with the 2015 OCSTA Special Award. 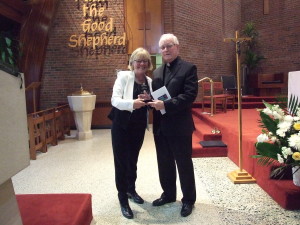 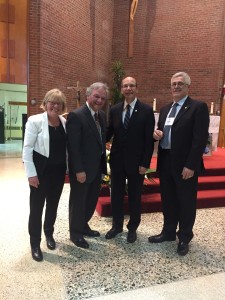 The OCSTA Conference program included many informative speakers including keynote presenter, Fr. Leonard Altilia whose presentation was entitled: “The Francis Effect” and the Future of Catholic Education. 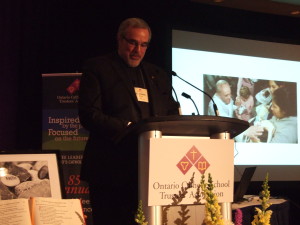 As always, the Association was pleased to welcome the Minister of Education, The Hon. Liz Sandals who discussed the government’s current education platform and answered questions from delegates. 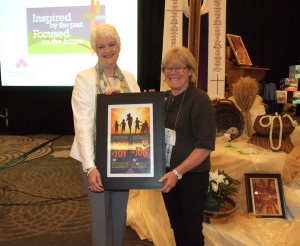