Inside this Issue: [toc]     FACE Lobby Day The joint initiative between OCSTA, OECTA and the Assembly of Catholic Bishops of Ontario (ACBO) called “FACE” (Friends and Advocates for… 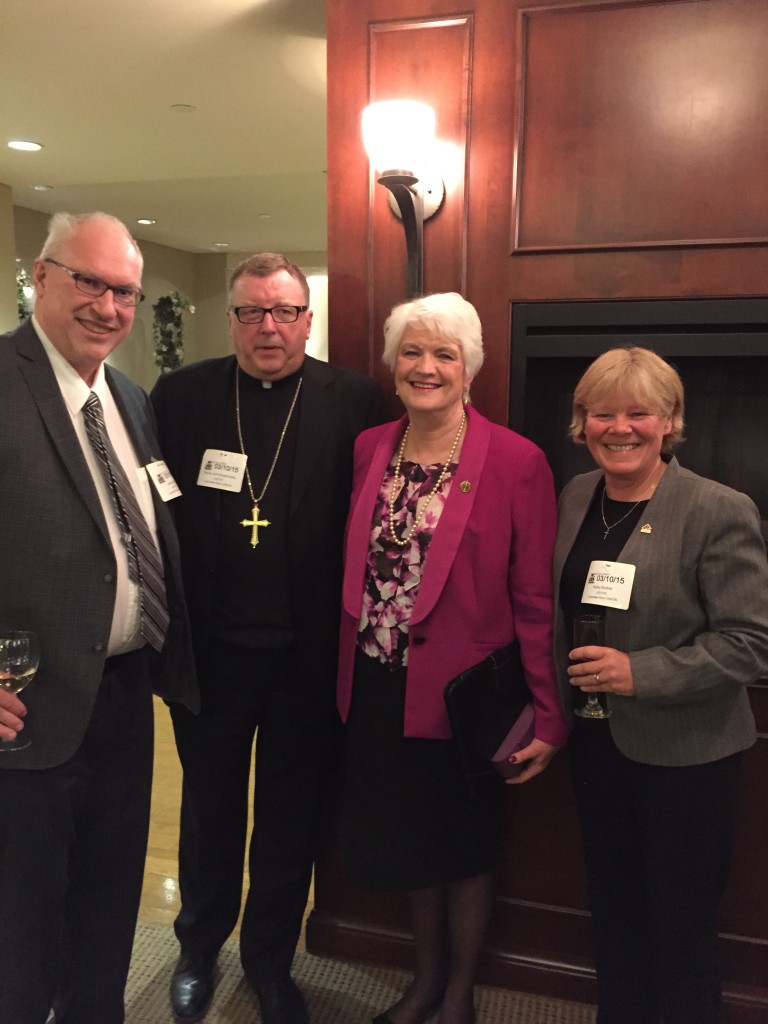 Coordinated by FACE Project Manager Carole Allen and Enterprise Canada consultants, the day involved several meetings between new MPPs and members of the FACE delegation team which included representatives from OCSTA and OECTA.  Members of the ACBO were unable to participate in meetings this year, but were in attendance at the closing reception.

Each MPP meeting provided an opportunity for FACE delegation team members to discuss the contributions, made by the students and staff in Catholic schools, to the vitality and success of Ontario’s distinctive and acclaimed education system. 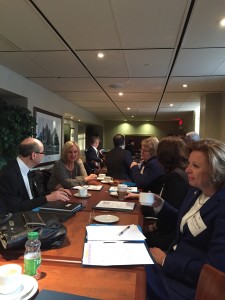 Preparing for meetings with MPPs (click to enlarge picture).

Statements in Support of Catholic Education in Ontario

During the Legislative Assembly Question Period, a number of statements were made in recognition of Catholic education and the FACE Lobby Day initiative. Following are excerpts from those statements (taken from Hansard 10 March 2015):

Mrs. Cristina Martins: …I am proud to be part of a government that recognizes the importance of investing in people, specifically through investing in education.  We are proud of the progress we have made across Ontario in all of our four diverse, publicly funded school systems: the English public, English Catholic, French public and French Catholic systems.

…We believe the Catholic boards play an important part of our vibrant and diverse education system. That’s certainly true in my great riding of Davenport, where we have a number of wonderful Catholic schools.

Hon. Liz Sandals: As I mentioned earlier today, the Friends and Advocates of Catholic Education are here at Queen’s Park, and I’d like to welcome supporters from the Ontario Catholic School Trustees’ Association, the Ontario English Catholic Teachers’ Association, and the Assembly of Catholic Bishops of Ontario, who will be here later in the day.

Indeed, as the members says, together we have indeed built an excellent system.  Over the past 10 years, we’eve been able to raise the graduation rate from 68% to 83%, and our government remains committed to providing an excellent education, and that includes the Catholic school system.

Mrs. Cristina Martins: We are recognized around the world as having one of the best publicly funded education systems in the English-speaking world.  I have two young sons that are part of the Catholic school board here in the city, and I know first-hand this is so true.

Following the meetings with MPPs, the FACE delegation team hosted a Legislative Reception welcoming the Minister of Education, Liz Sandals, PC Education Critic Garfield Dunlop and NDP Education Critic, Peter Tabuns, each of whom addressed the gathering with engaging and positive remarks about the value of Ontario’s Catholic schools. 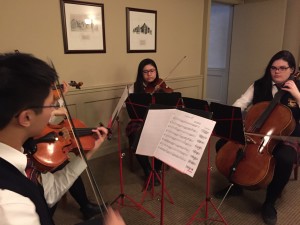 Students from Cardinal Carter Academy for the Arts (Toronto CDSB).

We appreciate the participation and support of all who attended including the following MPPs: 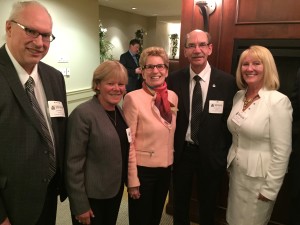 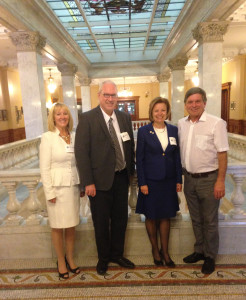 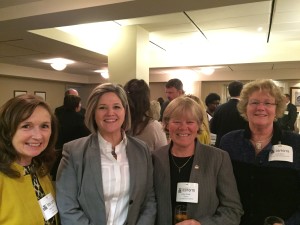 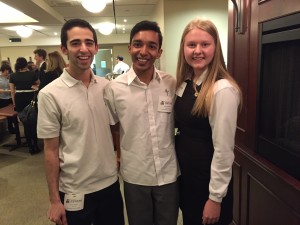 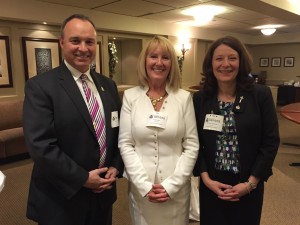 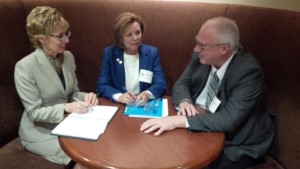 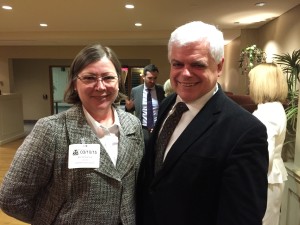 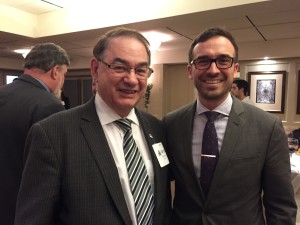 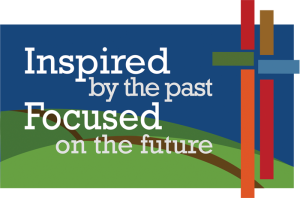 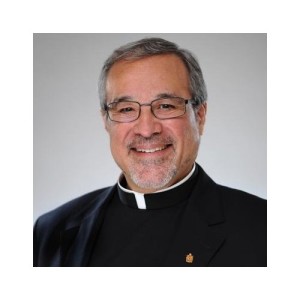 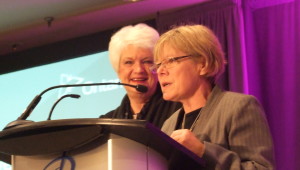 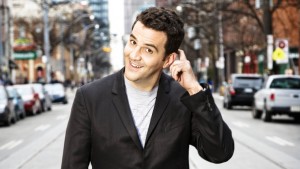 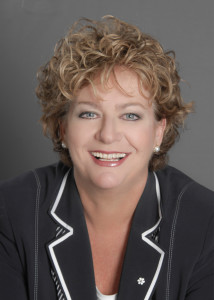 Now is a good time to start thinking about the role you might serve as part of the leadership team steering the direction of OCSTA. That opportunity is available as a member of the Association’s Board of Directors.

A memo was recently sent to all trustees with the announcement that the trustee professional development modules available on this website in the Good Governance Centre, are now accessible at no charge to trustees. At the core of this content are the 14 modules for trustees developed by the Ontario Education Services Corporation and further enhanced by OCSTA to address the Catholic perspective on each topic. There is also included in this package, a 15th module which was developed by OCSTA to specifically address Catholic education issues.

Costs incurred by the association to develop a cost effective way to continually delivery this information going forward is now being covered by the Ministry of Education.  The Good Governance Centre on this website required the Association to incur programming and website development costs to create a “self-directed” way for trustees to receive the multimedia content contained within each module, including the automated self testing tools and certificate generation.

Trustees will now have access to this centre and all the content within it, 24-hours a day, free of charge. User IDs and passwords provided to all OCSTA members must be used to access this area of the website.  If you do now know your user ID or password, please contact Sharon McMillan at smcmillan@ocsta.on.ca / (416) 932-9460, ext. 232.  Instructions for using this online service can be downloaded here. All details about the modules and access to the login link are in the Good Governance Centre.

The Catholic Principals’ Council of Ontario (CPCO) would like OCSTA members to be aware of various professional learning opportunities that are being made available to Catholic principals and vice-principals but are also open to non-practicing associates and Catholic partners.

The following two webinars may be of particular interest to trustees or staff members at your boards:

Both webinars will be live and interactive – making this the perfect opportunity learn from and with colleagues from across the province in order to strengthen your capacity to navigate difficult but necessary conversations with the many stakeholders you engage with daily as well as how to deepen your leadership capacity.

These Adobe Connect “webinar” sessions will allow you to participate from any location – at home or your office – as long as you have internet access.