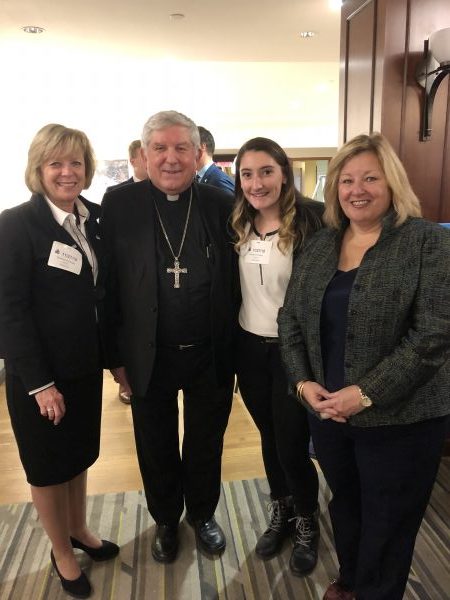 The annual lobby day for Catholic education coordinated under the FACE (Friends and Advocates for Catholic Education) umbrella took place on Tuesday, November 27, 2018.  On that day teams of Catholic trustees (representing OCSTA), Catholic teachers (representing OECTA) and Bishops from the Assembly of Catholic Bishops of Ontario (ACBO) gathered in Queen’s Park to spend the day meeting with various MPPs.

The purpose of this annual event is to raise awareness about the achievemets and contributions of Ontario’s publicly funded Catholic schools to community life and the goals of our education system. FACE lobby teams discussed with MPPs current priorities in education and provided infographic sheets that highlighted timely facts about Catholic education at the provincial and local levels.

We sincerely appreciate the participation of the following members of the FACE delegation teams:

FACE delegates were also seated in the House galleries and were acknowledged during Question Period by Members. Following are exerpts from Hansard featuring acknowledgements and recognition of FACE members.

Mr. Gilles Bisson: …We have Colleen Landers, who is here with the English Catholic Boards. We welcome you all to Queen’s Park.

Hon. Lisa M. Thompson: It’s a pleasure today to rise and also add my welcome to Beverley Eckensweiler from Mildmay, Ontario, in Bruce County. She is serving as chair of the Ontario Catholic School Trustees’ Association, and she is joined as well by Nick Milanetti.

Mr. Sam Oosterhoff (Parliamentary Assistant to the Minister of Education): I also wish to introduce to the Legislature today those who are here today with Cardinal Collins and the friends of Catholic education who are in the members’ gallery. I look forward to joining you for lunch. Thank you for being here.

Ms. Marit Stiles (NDP Education Critic): It gives me great pleasure to welcome the many Friends and Advocates for Catholic Education who are joining us here today, including, as others have mentioned, His Eminence Thomas Cardinal Collins; Beverley Eckensweiler, president of the Ontario Catholic School Trustees’ Association; and Liz Stuart, Ontario English Catholic Teachers’ Association; as well as many trustees and other representatives. Thank you for being here.

Hon. John Yakabuski: I would also like to bring greetings from the House to His Eminence Cardinal Collins and all of the advocates for Catholic education here today.

FACE delegation teams met with the following MPPs during the day:

Following the day meetings with MPPs, a special FACE reception celebrating Ontario’s Catholic schools was held in the Legislative Dining Room. Representing the FACE partners and serving as host for this event was the Most Rev. Ronald P. Fabbro (ACBO). Bishop Fabbro welcomed and introduced the following key presenters for the evening:

OCSTA wishes to acknowledge and thank the following students and staff who participated in this year’s Lobby Day activities by demonstrating student and school achievements in art, music and communications:

Students from the Waterloo Catholic District School Board:

Student Trustees from the Catholic Board Council of OSTA-AECO:

This event was once again coordinated under the leadership of FACE Project Manager, Carol Allen. To enlarge the pictures below please click on the image. 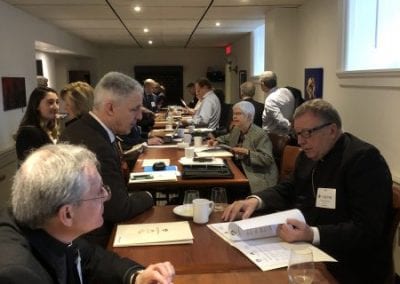 Catholic Trustees, Teachers and Bishops prepare to meet with MPPs during the annual FACE Lobby Day for Catholic Education at Queen’s Park 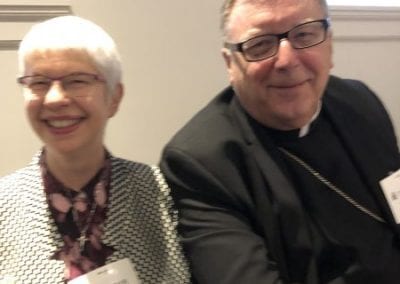 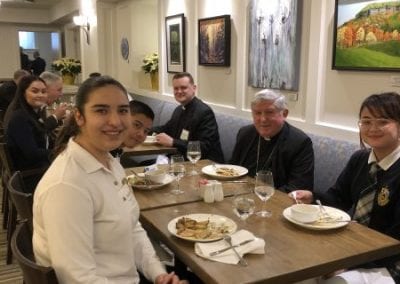 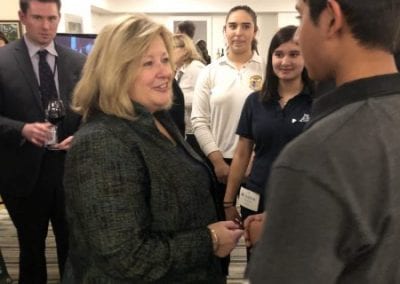 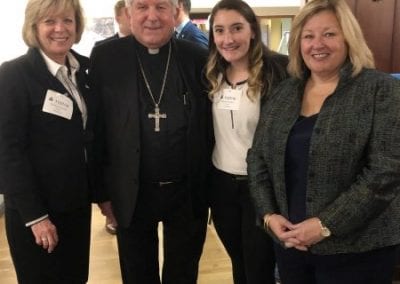 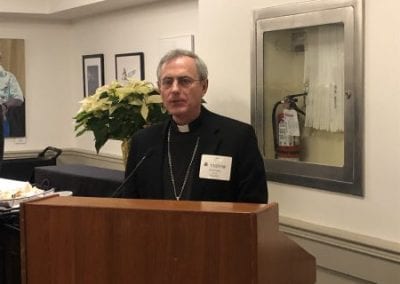 The Most Rev. Bishop Ronald Fabbro welcomed MPPs and all guests to the evening reception on behalf of the FACE partnership. 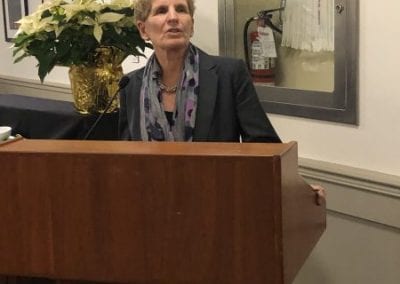 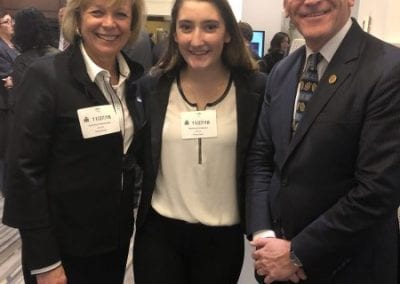 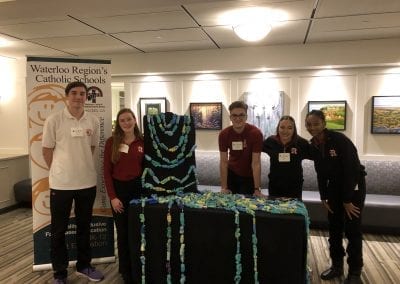 Students from the Waterloo CDSB 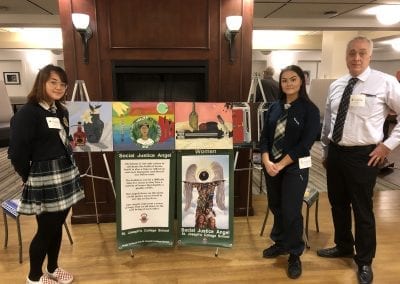 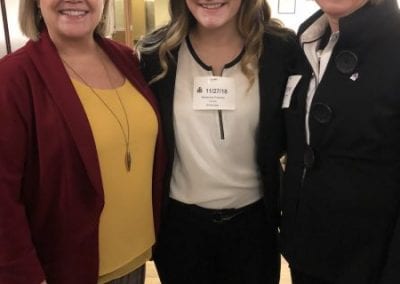 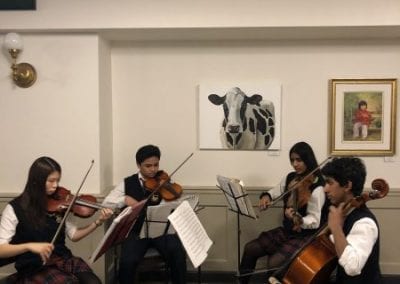 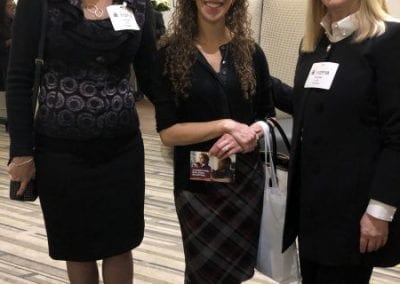 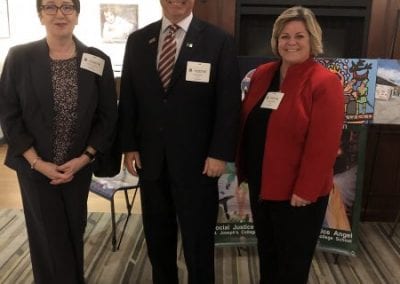 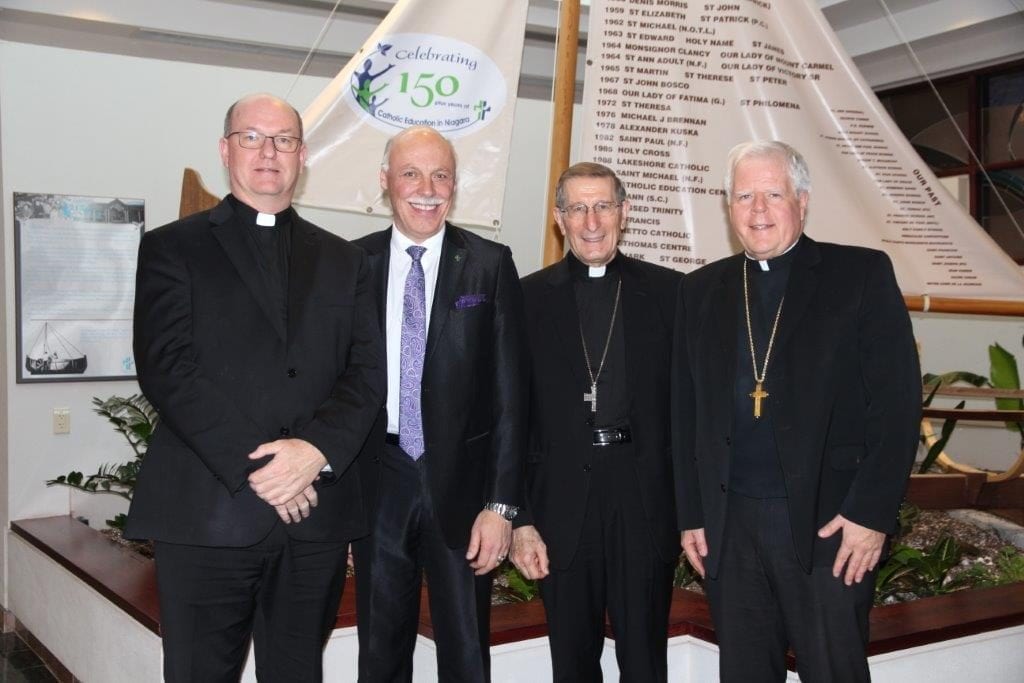 The Niagara Catholic CDSB recently had the honour of welcoming the Most Reverend Luigi Bonazzi, the Apostolic Nuncio to Canada.

His Excellency travelled to Welland to concelebrate Mass with Bishop Bergie and outgoing Board Chair, Fr. Paul MacNeil in honour of the Diocese of St. Catharines’ 60th Anniversary.

Following Mass, Bishop Bonazzi enjoyed lunch and conversation with students. Lunch was prepared by the Culinary Arts students from Notre Dame College School, under the guidance of Chef Chris Begin.

The deadline of December 10 for submissions for the 2018 short-video contest “Community Builders” is almost here!

This year’s theme invites students to demonstrate in a 2-minute video how their participation in a school or parish based charitable/social justice initiative serves to strengthen their community.

Partners in the Community Builder Program

OCSTA is pleased to announce that the Ontario chapters of the Catholic Women’s League (CWL) and the Knights of Columbus (KoC) are collaborating with the Association in support of this year’s “Community Builders” short-video contest for students.

Many CWL and KoC chapters have or will be launching charitable initiatives this fall and invite students to explore these local Christian service activities as possible subjects for students’ “Community Builders” short-video submissions.

Given that CWL and KoC chapters are not located in every parish, students are encouraged to contact their parish to explore alternative parish based charitable or social justice activities or similar Christian service activities at their local schools.

The contest is open to all students in grades 4 – 12 at Ontario’s publicly funded Catholic schools. Participants are asked to submit a 2-minute video that demonstrates how through Christian service in local social justice and charitable initiatives they are helping to strengthen their local communities.

Submission forms can be downloaded here.

1st, 2nd, and 3rd place prizes will be awarded at both the Elementary and Secondary panels. The winners will be announced in January.