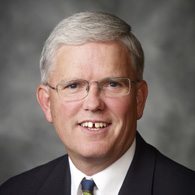 I hope each of you had a restful summer and were able to enjoy quality time with your family. While the summer has offered somewhat of a slower pace, there have been some important changes and developments at the provincial level in education that we have shared with CDSB Chairs and Directors of Education throughout the summer. I would like to take a moment to highlight some of those key developments.

On August 8th, OCSTA’s Executive Director, Nick Milanetti, our Director of Legislative and Political Affairs, Stephen Andrews and I had the pleasure of meeting with Ontario’s new Minister of Education, the Hon. Mitzie Hunter. The meeting afforded us the opportunity to discuss the distinctiveness of publicly funded Catholic education in Ontario and the significant role of publicly elected Catholic trustees in representing Catholic Ratepayers.

We also spoke to a number of priority matters for Catholic school boards including:

Minister Hunter was very generous with her time and carefully noted the issues we raised. She expressed her understanding of the significant contribution Catholic schools make to a young person’s life and confirmed her own and the government’s strong support for publicly funded Catholic education.

It is always encouraging to see Catholic trustees extend their call to service in other ways that serve the needs of our communities. Former Catholic trustee, Granville Anderson is doing just that, not only as the MPP for Durham but in his newly appointed role as Parliamentary Assistant to the Minister of Education.

We enjoyed a good meeting with Granville shortly following his appointment and offered him the congratulations of Catholic trustees throughout Ontario.

It is of course important for OCSTA to relay, on your behalf, the priorities of publicly funded Catholic education not only to the government but to representatives in all of Ontario’s major political parties. As part of our efforts to fulfill that goal, we met with NDP Party leader, MPP Andrea Horwath.

During our meeting we discussed the priorities of our system and MPP Horwath stated her strong support of publicly funded Catholic education in our province.

I have also followed up with the leader of the Official Opposition, PC Party Leader Patrick Brown who prior to the commencement of my term as president had invited OCSTA to share our perspectives on education in Ontario. We look forward to meeting with him in the near future to discuss that perspective in person.

We have met with many MPPs over the summer and look forward to scheduling meetings with many others throughout the year. Like you, I strongly believe in the importance of meeting personally with our political representatives so as to enhance their understanding of the distinctiveness of Catholic education and share with them current priorities/concerns.

Our Association mandate, which is to promote and protect publicly funded Catholic education guides all that we do at OCSTA. To enhance the effectiveness of this mandate we introduced to our membership at last spring’s AGM our newly established key priorities, which essentially are to:

You will see in our ongoing updates information, activities and member resources that demonstrate and support alignment to these priorities.

I look forward to meeting all OCSTA members at the upcoming Regional Meetings [link] which will take place September 20 – October 1. I encourage you to download the registration information we have online and to register as soon as possible if you have not already done so.

On behalf of the OCSTA Board of Directors and our dedicated staff I pray that Our Lord Jesus Christ showers you and the students and staff of your school system with all of His blessings throughout the new school year.

The Ministry of Education has released the report, School Boards Collective Bargaining Act Review: Stakeholder Consultation Summary. The report contains feedback from education stakeholders, including OCSTA, regarding the legislative framework and experience during the first round of central bargaining. It is our understanding that the ministry will now review this stakeholder summary with a view to determining what legislative amendments to the Act, if any, will be recommended.

On August 12, the province released a new report highlighting progress made over the past year on establishing and supporting community hubs across Ontario.  The report was prepared by the province’s Community Hubs Framework Advisory Group and can be downloaded here. 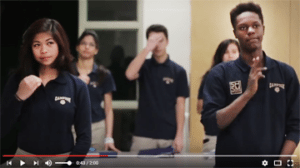 One of the most popular initiatives arising from OCSTA’s ongoing campaign for Catholic education is the annual Faith in Our Future short-video contest for CDSB students. We’re pleased to announce that this fall OCSTA will once again be hosting this competition for students in Ontario’s publicly funded Catholic schools.

The theme for this year’s contest is “The Story behind the Name of Our Catholic School.”

This theme is designed to encourage students to delve into the history of the person/saint for whom their school was named and to be creative in telling that story. Students are also encouraged to share in the video the ways in which that person’s life and actions have brought meaningful inspiration to students today.

The contest is open to all students in grades 4 – 12 at Ontario’s publicly funded Catholic schools. Participants are asked to submit a 2-minute video about the person for whom their school was named and illustrate how the life of that person/saint offers inspiration to the student(s) submitting the entry.

Students and staff are encouraged to download and read the guidelines and submission form.

More Exposure for All Submissions

The Association is very appreciative of the tremendous effort and creativity that goes into every short-video entry. For that reason we will once again be sharing on social media ALL submissions that meet video guidelines throughout the month of December.

The videos will be placed on OCSTA’s publicly accessible YouTube Channel so that as many people as possible will be able to benefit from the messages students share about the lives of the saints and other individuals who have inspired our communities to name schools in their honour.

The winners will be announced at OCSTA’s annual Catholic Trustees’ Professional Development Seminar on January 13, 2017 in Toronto.