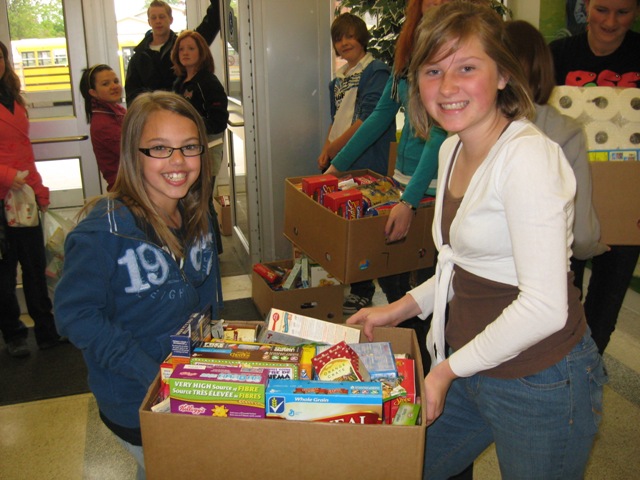 On August 10th, the Premier’s Special Advisor on Community Hubs, Karen Pitre,  issued the report Community Hubs in Ontario: A Strategic Framework and Action Plan –  read the report. This document was prepared after months of consultation and discussion with stakeholders in various sectors.

Beginning in September, OCSTA will launch the annual round of Fall Regional Meetings at five different locations across the province. Information about the timing and location of each meeting was sent to all CDSB’s last June (see schedule below).

The format of these meetings is designed to engage trustees in dialogue with regional peers, OCSTA’s Directors and staff.  There will be both faith development and business components to each session.

The agenda for each meeting is available for download here.

Preparing for Board Presentations – Challenges Faced by Boards in Establishing Budgets

Boards are asked to prepare a brief (5-minute) overview of the challenges associated with the budget planning process. These overviews can be presented by each respective board Chair (or designate) at the Regional Meeting.  Please bring printed copies of the presentation to share with delegates.

Some questions to consider:

Regional Meetings Schedule: for your convenience, the following information is also available in a printer friendly PDF format.

Hosted by: Sudbury CDSB (705) 673-5620
165A D’Youville St.
Sudbury, P3C 5E7
A wine and cheese reception for delegates and spouses will be
held on the evening of Sep. 25 at the Radisson Hotel Sudbury.
Details to follow.

If you are unable to attend the meeting in your area you may register for a meeting in another region.

Negotiations continue with the unions representing the various education workers employed in Catholic schools and school board offices.

Located in the “Good Governance” Centre of the OCSTA website are 15 online learning modules available free of charge to OCSTA members. These modules include video, informative slides, articles and automated testing mechanisms to facilitate self directed learning on the following topics:

To access this area you will need your OCSTA user ID and password – please contact Camille Martin at OCSTA (416-932-9460, ext. 234) for that information.  For detailed instructions on using the Governance Centre please click here.

Ontario’s English Catholic school boards and their teachers reached a tentative contract overnight that prompted the union to suspend a sweeping work-to-rule campaign that had threatened to disrupt the start of the school year for 545,000 students.

It is the second teachers’ union to reach an 11th-hour agreement with school boards and the province with just weeks to go before classes begin.

The Elementary Teachers’ Federation of Ontario returns to bargaining Sept. 1.

French-language teachers’ unions and CUPE, which represents 55,000 support staff across the province, both continue to bargain this week with the province and school boards.

Although details of the Catholic teachers’ agreement are not being released until the contract is ratified by both sides, Education Minister Liz Sandals said the deal was consistent with the province’s “net-zero bargaining framework,” in which any raise must be paid for from funds somewhere else in the contract.

It is expected the deal will be similar to that of the high school teachers’ union, which provided an additional professional development day, no changes to class size as well as a 1 per cent lump sum payment this year, and a 1.5 per cent salary increase over the following year.

Control over teachers’ prep time was also a key issue in the Catholic teachers’ negotiations. Hints of a breakthrough in the talks came late Monday night over Twitter, after a tweet announcing a deal was quickly deleted.

“We worked hard to address the concerns of our members and believe this agreement will protect them as well as the quality of education in our schools,” said Ann Hawkins, president of the Ontario English Catholic Teachers’ Association, or OECTA.

Kathy Burtnik, president of the Ontario Catholic School Trustees’Association, noted “working within the fiscal restraints of the current bargaining framework was challenging, but surmountable with the concerted efforts of all parties.”

Sandals called the deal the “result of hard work and the willingness of all parties to resolve difficult issues prior to the start of the school year.”

In recent days, OECTA had turned up the pressure, launching a website calledteachersmatter.ca that spelled out the issues it felt stood as barriers to a deal. OECTA’sthreatened work-to-rule campaign was by far the most sweeping of all the unions, with teachers participating in virtually no activities outside the classroom.