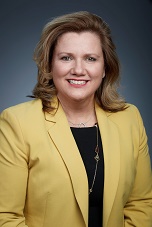 The Ontario Catholic School Trustees’ Association is pleased to announce that Anne O’Brien has been selected as the new Director of Catholic Education, effective January 6, 2020. Anne replaces Brian O’Sullivan who recently retired.

“As the past president of the Ontario Catholic Supervisory Officers’ Association and a past Vice-Chair of the Institute for Catholic Education, Anne has the provincial perspective that will enhance her role as OCSTA’s Director of Catholic Education. In this role Anne will be responsible for supporting our members in promoting, advocating and developing distinctive Catholic programs for students and families across the province,” explained OCSTA President, Beverley Eckensweiler.

Anne’s exceptionality as a Catholic educator has been widely recognized. She was awarded the Ron Ste. Marie Award from the Council of Exceptional Children in 2013 and received the Distinguished Catholic Educator Award from the Durham Catholic District School Board.

On assuming this new position, Anne explains, “As outlined in our Catholic Graduate Expectations, we are preparing students “to be discerning believers formed in the Catholic faith community” and intent upon being caring and contributing citizens and stewards of our world. I am honoured to have the opportunity to support the goals of our Catholic school boards by serving in this provincial capacity over the next several years.”