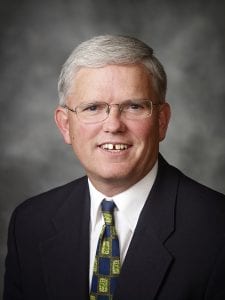 OCSTA is pleased to acknowledge that our President Patrick Daly was recently presented with the Fr. John Redmond Memorial Award by the Catholic Principals’ Council of Ontario.

This award recognizes individuals who have demonstrated an extraordinary level of provincial leadership.  Throughout President Daly’s 36-year tenure as a Catholic Trustee he has made significant contributions that shaped legislation and informed political decisions in support of Ontario’s publicly funded Catholic education system.

Among Pat’s several  achievements was leading the successful system-wide effort that resulted in funding equity for all Ontario students. 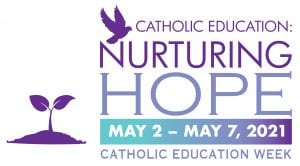 Ontario’s Catholic schools once again raised the profile of publicly funded Catholic educaiton in Ontario through their prayers, activities and promotions that celebrated the very timely theme “Nuturing Hope.”

We appreciate the great support, dedication and participation of students, their families, staff, parishioners and trustees in Catholic school board communities across Ontario. Your stories, videos and images of faith in action were shared thousands of times throughout social media, in local newspapers and other media outlets across the province.

This year’s theme “Nurturing Hope” could not have been more suitable. As we continue to work together to address the challenges of the pandemic, our Catholic school communities nurtured hope through their prayers, classroom lessons and activities.

This year’s celebration also included recognition of the fifth anniversary of the Holy Father’s encyclical on the environment entitled “On Caring for our Common Home.” We invite all to view the resource guide on Catholic school board environmental practices developed by Director of Catholic Education Anne O’Brien and featuring submissions from Catholic school boards from across Ontario. Click here to view. 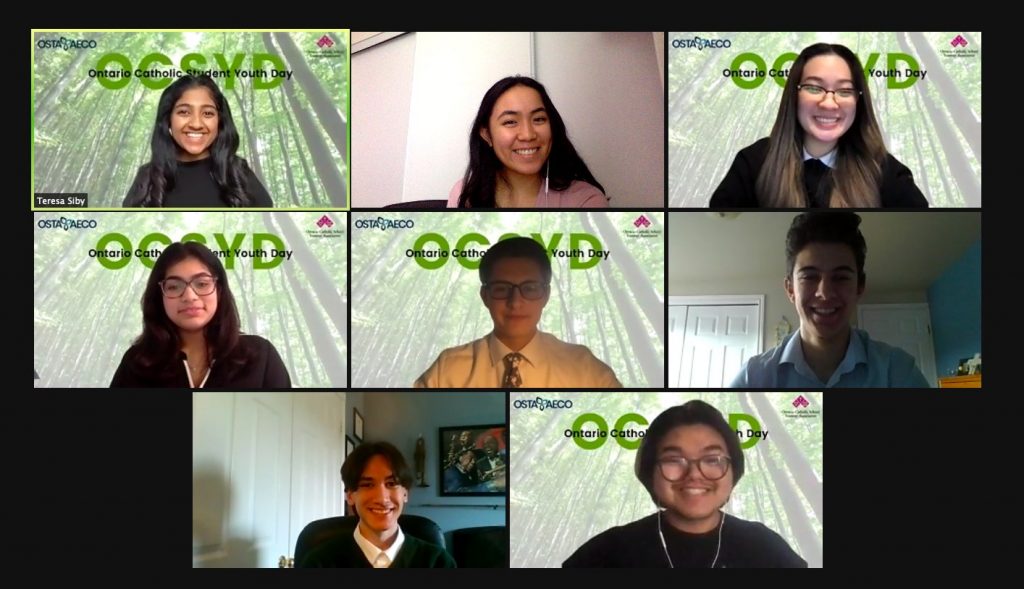 It has become a practice each year for the Catholic Student Trustees provincial leadership cabinet to coordinate an activity/seminar for Ontario Catholic Student Youth Day. This year was no different with the exception that the event was virtual. Held on May 5, the event opened with the Provincial Mass for Catholic Education Week, celebrated by His Eminence, Cardinal Thomas Collins, and concluded with an afternoon session featuring poignant presentations on youth empowerment with musician and motivational speaker, Peter Katz and a unique session on mental health and suicide prevention with former OCSTA Student Trustee Alumni Award recipient, Dr. Ben Verboom.

OCSTA extends our sincere appreciation to the educators and faith formation leaders on the Catholic Education Week Committee – these are the individuals behind the development of the exceptional resources that are utilized by students, staff and families across Ontario and even beyond our borders:

The annual Catholic Education Lobby Day at Queen’s Park took place virtually this year from May 6-7 but was hosted once again by the Friends and Advocates of Catholic Education or FACE. This initiatve created jointly by OCSTA, the Ontario English Catholic Teachers’ Association and, the Assembly of Catholic Bishops of Ontario has for several years presented a united front for publicly funded Catholic education in Ontario through this annual series of meetings with our legistlative representatives at Queen’s Park.

The trustees, educators and Bishops representing FACE met with a number of MPPs to discuss the excellent work being done in Ontario’s Catholic schools.They focused on the caring and supportive atmospheres of Catholic schools, the acts of Christian service demonstrated by students and staff, and the dedication of Catholic school boards to ensuring the continuity of learning for all students.

Additionally, at each meeting, FACE delegation members discussed local information that might deepen each MPPs understanding of the distinctive attributes and achievements of Catholic schools in their respective constituencies.

OCSTA appreciates the support and contribution of all participants in the 2021 Catholic Education Lobby Day at Queen’s Park:

Sincere appreciation is also extended to the FACE Project Manager, Carole Allen who annually coordinates this important initiative on behalf of the FACE partners..

The Bishop of Thunder Bay, The Most Reverend Bishop Colli, OCSTA Director and Kenora CDSB Trustee Frank Bastone and Kenora OECTA President, Leanne Davidson formed the delegation team meeting with the NW Ontario MPP Sol Mamakwa (Kiiwetinoong). During this meeting the delegation elaborated on many topics including the demographics of the region, and the distinctive programs and initiatives taking place at all four of Ontario’s school boards in this northwest region of the province.

Trustee Bastone shared with MPP Mamakwa the deep commitment of Catholic school boards to respecting and supporting First Nations students and their families and also explained how the Catholic school system’s Catholic Graduate Expectations complement and work together with the 8 Grandfather Teachings.

OECTA representative Leanne Davidson highlighted the supports for Indigenous students that are available in Catholic schools and discussed the positive impacts and understanding gained through the strengthening of relationships with families. His Excellency, Bishop Colli discussed the involvement of the Bishops in reviewing curriculum over the years and the deep commitment to ensuring historical accuracy and care and respect for Indigenous people.