It is with great sadness that we widely announce the July 23rd passing of John Stunt, Former Executive Director of OCSTA. As an outstanding leader for the Association from 2003… 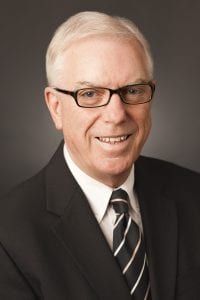 It is with great sadness that we widely announce the July 23rd passing of John Stunt, Former Executive Director of OCSTA. As an outstanding leader for the Association from 2003 to 2013, John was devoted to service and was the epitome of a servant-leader.

“John was a lifelong advocate for publicly funded Catholic education and a dear friend to many in the education sector in Ontario and throughout Canada. We will miss John and the joy and love he had for life and the gift of Catholic education in Ontario,” said OCSTA President, Patrick J. Daly.

John’s career spanned 48 years, beginning as a teacher at St. Joseph’s School in the Niagara Peninsula and concluding with his role as the Executive Director of the Canadian Catholic School Trustees’ Association.

Throughout John’s tenure at OCSTA he developed strong collaborative relationships throughout our system and with each of our education partners at the provincial level.

Since our initial announcement of John’s passing, we have received many messages from the multitude of people who benefited from John’s insight, kindness, friendship and guidance. We would like to share a few of those messages here:

“…John did so much for Catholic Education. He was a great leader and a person of integrity. Rest In Peace.” — David Giroux

“…I had the pleasure of working with John as OAPCE President and he was truly devoted to the Ontario Catholic School system! May he Rest In Peace!” Trustee Brian Evoy

“John was a wonderful leader. May God bless him and his family.” James Ryan, former OECTA President

“…John hired me and encouraged me to move forward. I have him to thank for finishing my career where I did. Having sat with him in interviews, I was struck at how he was able to see potential in people. God bless him and his family. My sincere condolences.” Tony Consentino

“As Superintendent, he hired me to teach at the Renfrew County Catholic District School Board. Upon meeting him, he set the tone which I came to know here – warmth, hospitality, good humour and joy. Easy to talk to and never intimidating. A sad day.” Lynn Denault

We ask that you join us in remembering John, Marnie and his family in your prayers, may he rest in peace.