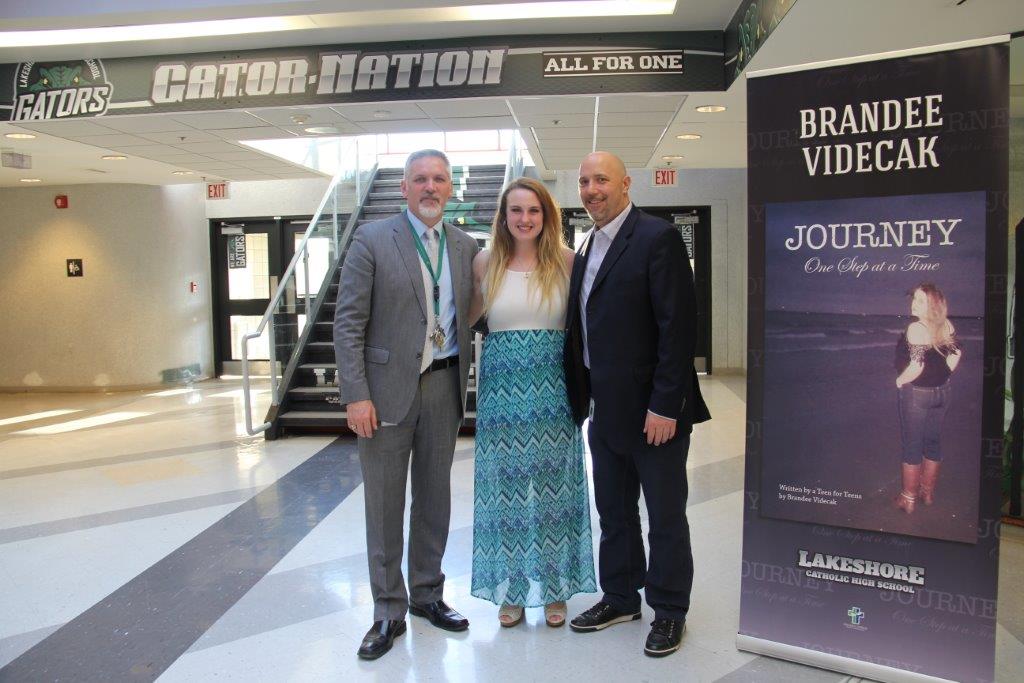 From the Niagara CDSB: Brandee Videcak, a student in Lakeshore Catholic High School’s Class of 2016, knows what it means to struggle. She has had issues with depression, anxiety and bullying,… 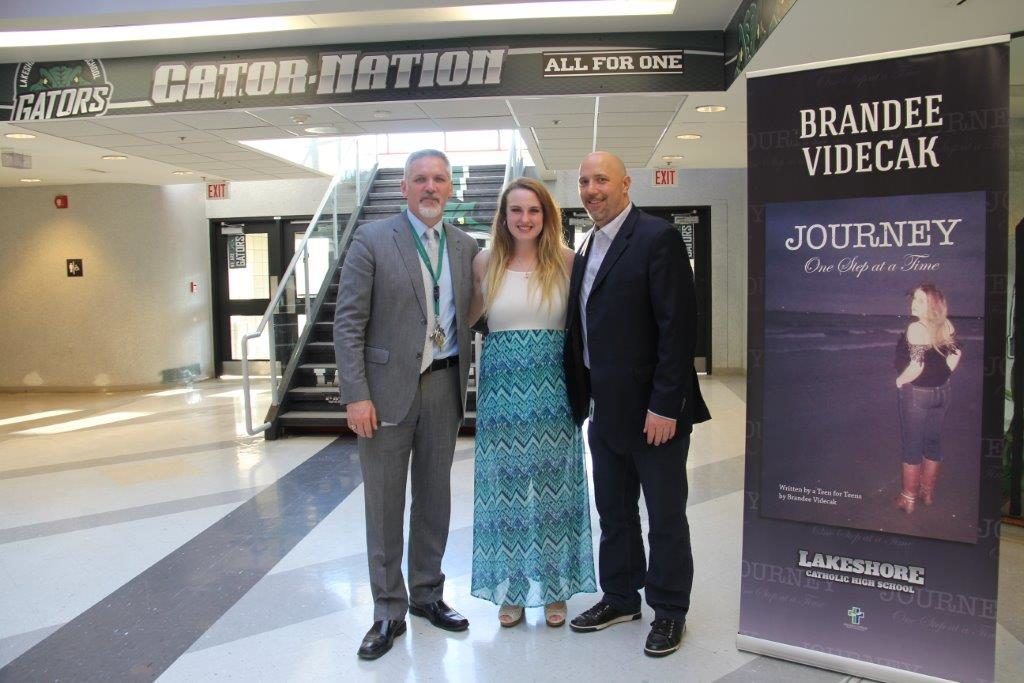 From the Niagara CDSB: Brandee Videcak, a student in Lakeshore Catholic High School’s Class of 2016, knows what it means to struggle. She has had issues with depression, anxiety and bullying, and, two years ago, considered taking her own life. As she told the Welland Tribune in a recent interview, she was driving and thought seriously about heading for a tree in front of her when she suddenly changed her mind.

That began a process of reflection for Brandee. She began writing about her struggles as a form of therapy, and, with the support of her Vice-Principal Andrew Boon, decided to turn her writing into a book.

The first part of the book focuses on her struggles with depression, anxiety and bullying; part two focuses on her road to recovery and the third is described as “an extra bit of magic,” offering advice to students from her own experience.

With the full support of the school and her family, Brandee officially launched her book, Journey: One Day at a Time, with an event at her Port Colborne high school on June 1.

It’s all been a bit of a whirlwind for the student, who will study Engineering at Western University in September. In addition to the launch and the print media interview, she has also been interviewed on local radio stations (listen here).

Brandee is currently working to have her book available on Amazon in the near future. In the meantime, those interested in getting a copy of the book (sold for $12.99 with $2 from each sale going to Kids Help Phone), can contact Brandee through her Facebook and Twitter accounts.