Throughout Catholic Education Week, schools in the Catholic District School Board of Eastern Ontario directed a spotlight on the ways in which the Ontario Catholic School Graduate Expectations are being…

Throughout Catholic Education Week, schools in the Catholic District School Board of Eastern Ontario directed a spotlight on the ways in which the Ontario Catholic School Graduate Expectations are being met throughout the system.

The week began by highlighting that students and staff are discerning believers formed in the Catholic faith. That message came through during the celebration of the annual Catholic Education Week Mass, presided by Archbishop Brendan O’Brien. Across the system, school communities also gave witness to this expectation through school masses, living rosary celebrations, and bible activities.

In addition to various religious celebrations, students also participated in social justice events such as the poverty march in Brockville, a Russell community BBQ fundraiser for Lesotho, and fundraising for local food banks, among other causes.

These actions exemplify how CDSBEO students understand the call to be responsible citizens who give witness to Catholic social teaching. Other activities such as a Mother’s Day Tea, and special parent evenings, remind students that they are called to be caring family members.

2022 National Day for Truth and Reconciliation

National Day for Truth & Reconciliation    "We are committed to active... 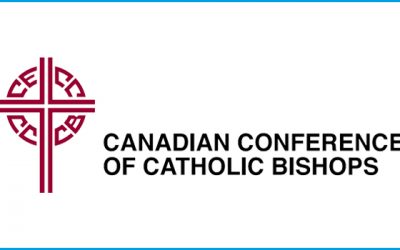 CCCB Statement on the Passing of Queen Elizabeth II

Statement by Bishop Raymond Poisson, Bishop of St-Jérôme-Mont Laurier and President of the...