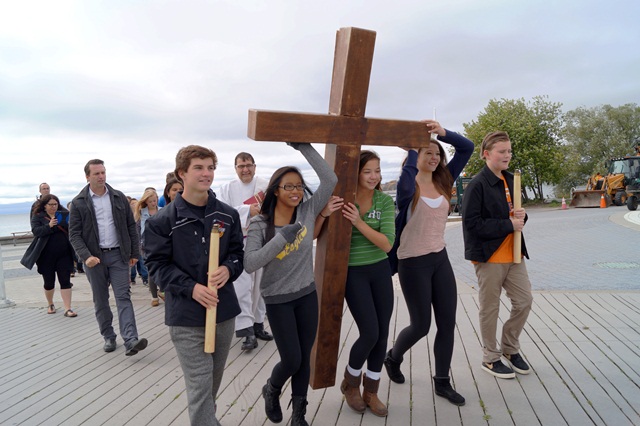 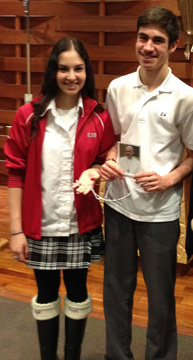 Student trustees, Madeline Ellepola (Windsor-Essex CDSB) and Michael Pallotto (York CDSB) holding one of the rosaries and the picture of Pope Francis that they received from the Vatican.

“His Holiness Pope Francis sends warm greetings to you, your brothers Bishops, the priests, staff and students as you celebrate the Eucharist simultaneously across the province during Catholic Education Week…”

The full message can be read here and will be shared at all province-wide celebrations of the Eucharist planned for May 7th at school boards and parishes across Ontario. See below links to video messages from Ontario’s bishops.

Most Rev. Bishop Crosby, The Roman Catholic Diocese of Hamilton

Many activities are planned for Catholic Education Week across Ontario.  Following are links to this year’s events at Ontario’s Catholic District School Boards: