In response to the humanitarian crisis that has displaced thousands of families in war torn regions of the Middle East, Cardinal Thomas Collins, on behalf of the Catholic community in… 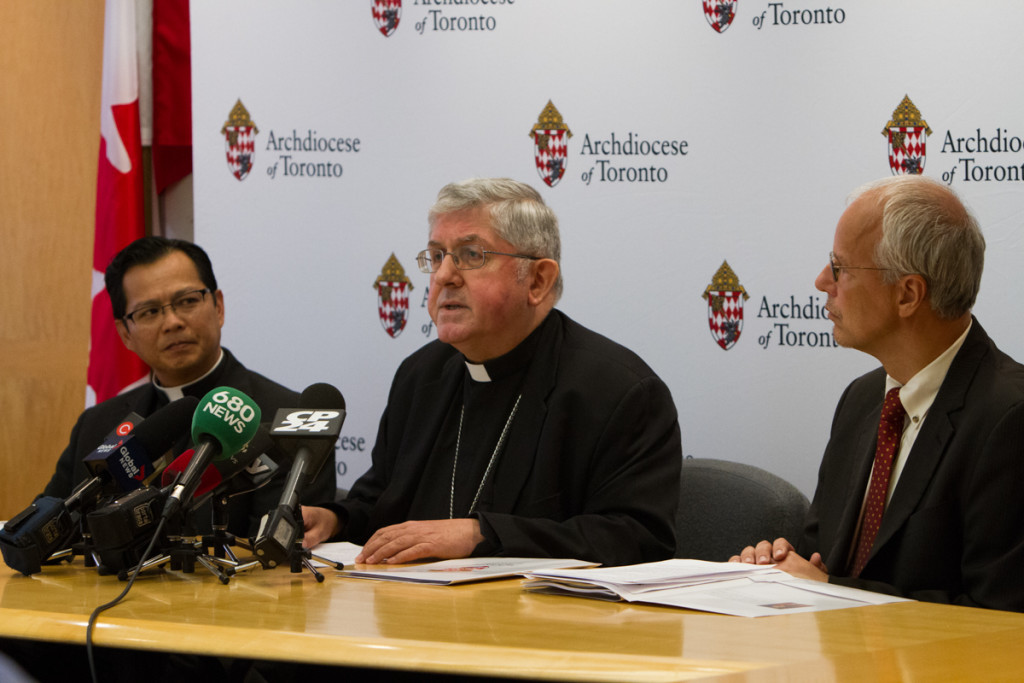 In response to the humanitarian crisis that has displaced thousands of families in war torn regions of the Middle East, Cardinal Thomas Collins, on behalf of the Catholic community in Toronto, has launched a special emergency appeal to resettle displaced families in the Archdiocese of Toronto.

Called “Project Hope”, the campaign plans to raise $3 million over the next 100 days to bring 100 families to Toronto.

“The heart-wrenching images we have seen in the last number of days have put the refugee crisis on the front pages of our papers and the lead stories in newscasts around the world.  I also hope it has stopped us in our tracks, to allow us to take stock of what is going on in the world…When a family feels their only hope is to flee their homeland to join hundreds on small, drifting boats; sliding a child beneath razor wire or packing into cargo trucks, we should not only be disturbed but also ashamed,” said Cardinal Collins.

“In 2009, the archdiocese launched the Office for Refugees with a mandate to champion and facilitate refugee sponsorship.  Since that time, 160 of our parishes, under the leadership of Dr. Martin Mark, have welcomed families and individuals fleeing persecution.”

On September 8th, Cardinal Collins invited “the Catholic community of the Archdiocese of Toronto and all people of goodwill,” to financially support those who are fleeing war, violence and persecution.

Ontario’s Catholic schools are a tremendous resource in this time of need. Cardinal Collins encouraged Catholic schools and families to participate in this campaign and to also talk about how we foster friendship and ongoing relationship with those new to our country.