Collective bargaining in Ontario’s education sector is a two-tier bargaining process that involves both central and local bargaining. 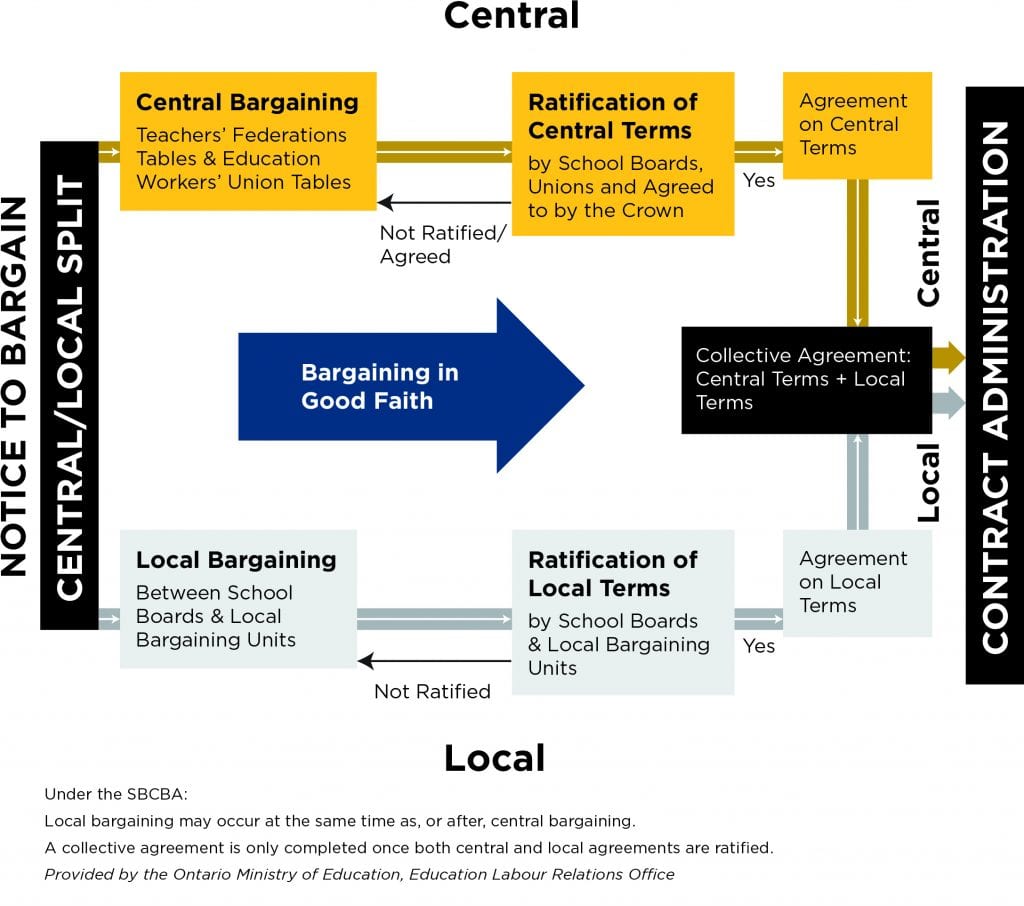 The School Boards Collective Bargaining Act (SBCBA) became law in 2014 and was amended in 2017. It serves to formalize a collective bargaining process that has evolved into a two-tier structure for central and local bargaining.