The following is part of a 90th Anniversary series that features Catholic trustees from across Ontario sharing insight on the experience of Catholic education at their boards.   What singular… 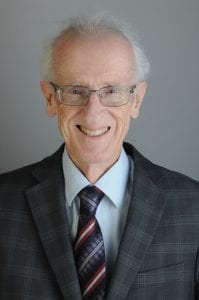 Trustee John Curry is with the Ottawa Catholic School Board.

The following is part of a 90th Anniversary series that features Catholic trustees from across Ontario sharing insight on the experience of Catholic education at their boards.

What singular experience as a trustee at your CDSB can you share that can serve to illustrate the positive impact of Catholic schools in the community?

Ottawa Catholic School Board (OCSB) alumni Erica Wiebe of Stittsville has become one of Canada’s most accomplished athletes. Little did I know back in June 2001 when I presented her with the Leadership Award at her class’ grade six leaving ceremony at Holy Spirit Catholic School that 15 years later she would be receiving a gold medal in freestyle wrestling at the Rio Olympics. Wrestling became her passion after she was exposed to the sport in grade nine at Sacred Heart Catholic High School. Erica became a Commonwealth Games champion, a University World champion, a six-time Canadian champion and a three-time CIS national champion. She earned two degrees at the University of Calgary as well. But her achievements are not confined to the wrestling mat or classroom. As an ambassador for Fast & Female as well as for Right To Play and Youth Education through Sport, she has spoken to thousands of youth about setting goals, staying true to values and female participation in sports. The city of Ottawa has named a gymnasium in Stittsville after Erica and the OCSB has acknowledged her accomplishments in wrestling and in the broader community by presenting her with its prestigious Distinguished Alumni Award.

Ottawa Catholic School Board high schools, each in their own way, give back to their communities. St. Mark Catholic High School at Manotick has become famous for its annual canned food drive which will be held for the 31st straight year this school year. This is a city-wide endeavor involving hours of dedication by each and every student, all culminating in close to 50,000 canned food items being collected to provide to the less fortunate through food banks across the city. It’s a tradition that continues to give each year, not only to the wider community but to the students themselves, who learn the values of kindness, gratitude, inclusivity and hard work. Similar values are learned by Sacred Heart Catholic High School students who annually participate in a Catholic Education week cake auction. Over 100 uniquely decorated cakes fill tables in the school foyer. Classes bid on the cakes with funds donated by the students. The class raising the most money gets first crack at the cakes. This cake auction is a tradition at the school, now 20 years old. The cake auction annually raises as much as $30,000, with the money raised being dispersed to various agencies and charities.