TORONTO – January 18, 2021 – The Ontario Catholic School Trustees’ Association (OCSTA) Awards Program recognizes Catholic Trustees, Student Trustees and other leaders in Catholic education who have demonstrated outstanding commitment and service to others while exemplifying the values that are at the core of Catholic education. The Association announced the recipients of this year’s awards at the 2021 Catholic Trustees Seminar on January 16. Over 200 delegates attended the event that was hosted live on a videoconference platform.

“The trustees, alumni and supporters of publicly funded Catholic education acknowledged through these awards, demonstrate an exceptional level of dedication and commitment that has served generations of Ontario’s Catholic school students. These awards provide OCSTA with an opportunity to express our gratitude to individuals who have made such a significant commitment to this ministry of the Catholic Church. Catholic education is an integral part of the history and future of this province and we are strengthened by the individuals we recognize through these annual awards,” said OCSTA President Patrick Daly. 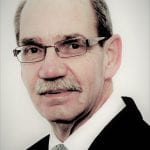 This year’s recipient of the Trustee Award of Merit is Robert (Bob) Schreader, Chair of the Renfrew County CDSB. Bob has served as a Catholic Trustee for more than 31 years and has for much of those years led the board in the role of Chair and Vice Chair. In 1997, as Chair of the Board, Bob successfully led a campaign that altered the province’s plan to merge school boards. Later as a member of the OCSTA Board of Directors Bob continued to contribute to the advancement and protection of Catholic education at the provincial level. 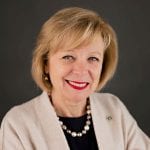 OCSTA was pleased to have an opportunity to recognize Past President Beverley Eckensweiler whose term concluded in 2020. During her tenure as OCSTA President Beverley led an active and successful advocacy effort at Queen’s Park and across the province that served to raise the profile of Ontario’s Catholic schools’ priorities and contributions. Beverley also launched a renewed provincial effort to support the Canadian Catholic School Trustees’ Association in their national campaign to assist families across Canada in accessing Catholic education. 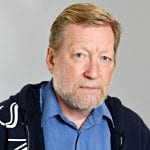 The OCSTA Special Award is presented annually to an individual who is not a trustee, but who has made an outstanding contribution to Catholic education at the provincial level. The 2020 recipient of this award is Dr. Mark McGowan, the Interim Principal of the University of St. Michael’s College and author and historian renowned for his work on Catholic education and the Catholic Church in Canada. Dr. McGowan is the author of the much referenced publication on the history of Catholic education entitled The Enduring Gift and his most recent publication It’s Our Turn: Carrying on the Work of the Pioneers of Catholic Education in Ontario. 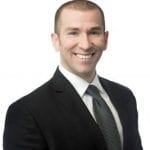 The Student Trustee Alumni Award is presented annually to Catholic school graduates who served as student trustees at the secondary level and since graduation have demonstrated through their actions the values articulated in the Ontario Catholic Graduate Expectations framework. This year’s recipient is Dr. Robert Murray, a former student trustee who graduated from the Niagara Catholic District School Board and quickly launched a career that included serving as Director of Legislative and Political Affairs at OCSTA among other leading roles in Ontario and across the country. Currently Dr. Murray is President and CEO of Grande Prairie Regional College.